There are cases when the press release doesn’t show the exact place and target audience of the device. This is exactly the case with Astell&Kern SA700 that has been presented several months ago. However, upon making acquaintance with it, these questions have been discarded and everything is evident. Let’s speak about this player.

It’s been embarrassing for me that Astell&Kern already have many players in a relative ‘from 1000 to 2000 USD’ segment: Kann, Futura, Kann Cube, SP1000M (discounted), but most of them are quite large and cannot be totally considered portable. SA700 occupies the place of the compact device that overcomes A&norma in terms of sound. Besides, there is an attempt to arouse nostalgic feelings of former (or current) AK120 owners by using familiar and recognizable design and sound tuning (more on that later on), and the price tag that comprises around 1300 USD. 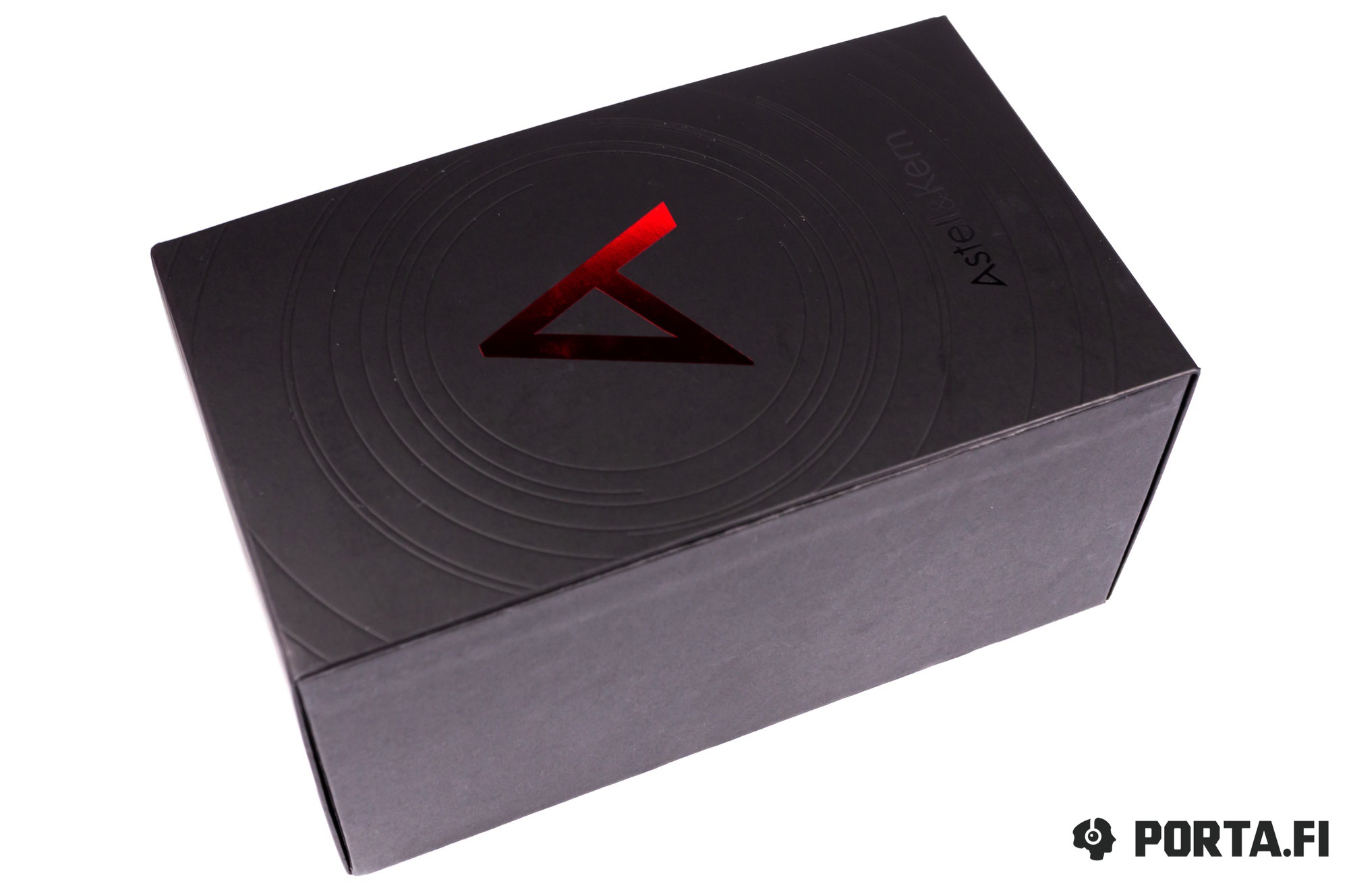 Usually A&K do not care much about non-flagship player packaging, but it’s not the case this time. The box is very attractive and is unusually opened by moving cover to the top that leaves the player standing on improvised cardboard pedestal.

The accessory range is traditionally modest: USB-C cable, a set of protective films and instructions on paper. There are no preapplied screen protectors, but A&K don’t do it even for flagship players. 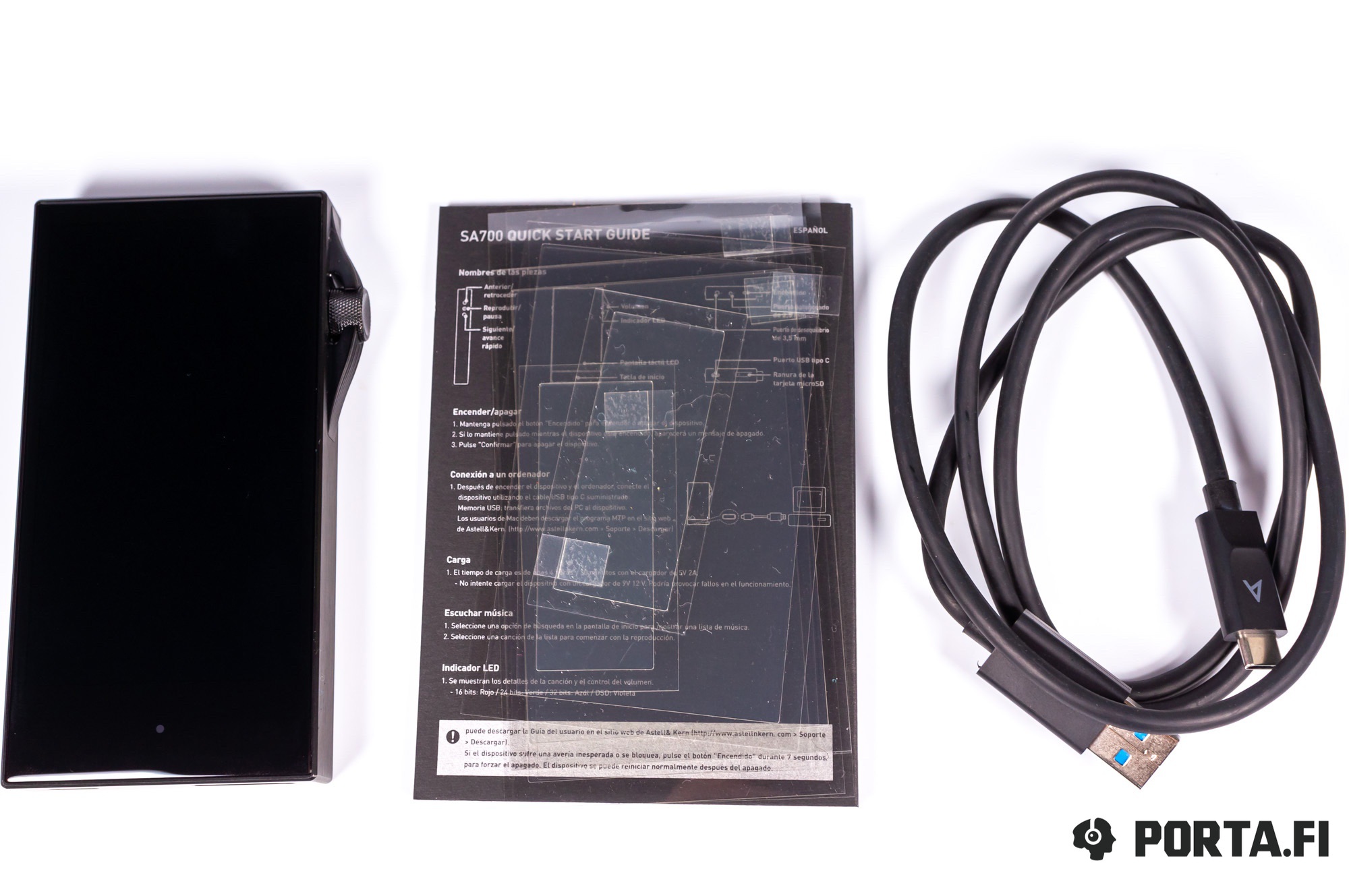 As usual, you can find the cases from Dignis and you will need to purchase them separately. Probably one day A&K will just put a notice into the box that will bring shame to those who haven’t purchased a flagship player.

Let’s put the jokes aside. Korean company, again, has managed to create a really stylish device that has proper charisma. Despite this time it’s a square form without brand sharp edges, it still looks striking and feels great in hand. The body is made of stainless steel. The player is available in two colors — silver and black. It has pleasant weight, similar to other players made of steel. Of course, great build quality goes out of saying here, A&K are traditionally great in these things, so let’s just proceed to design description. 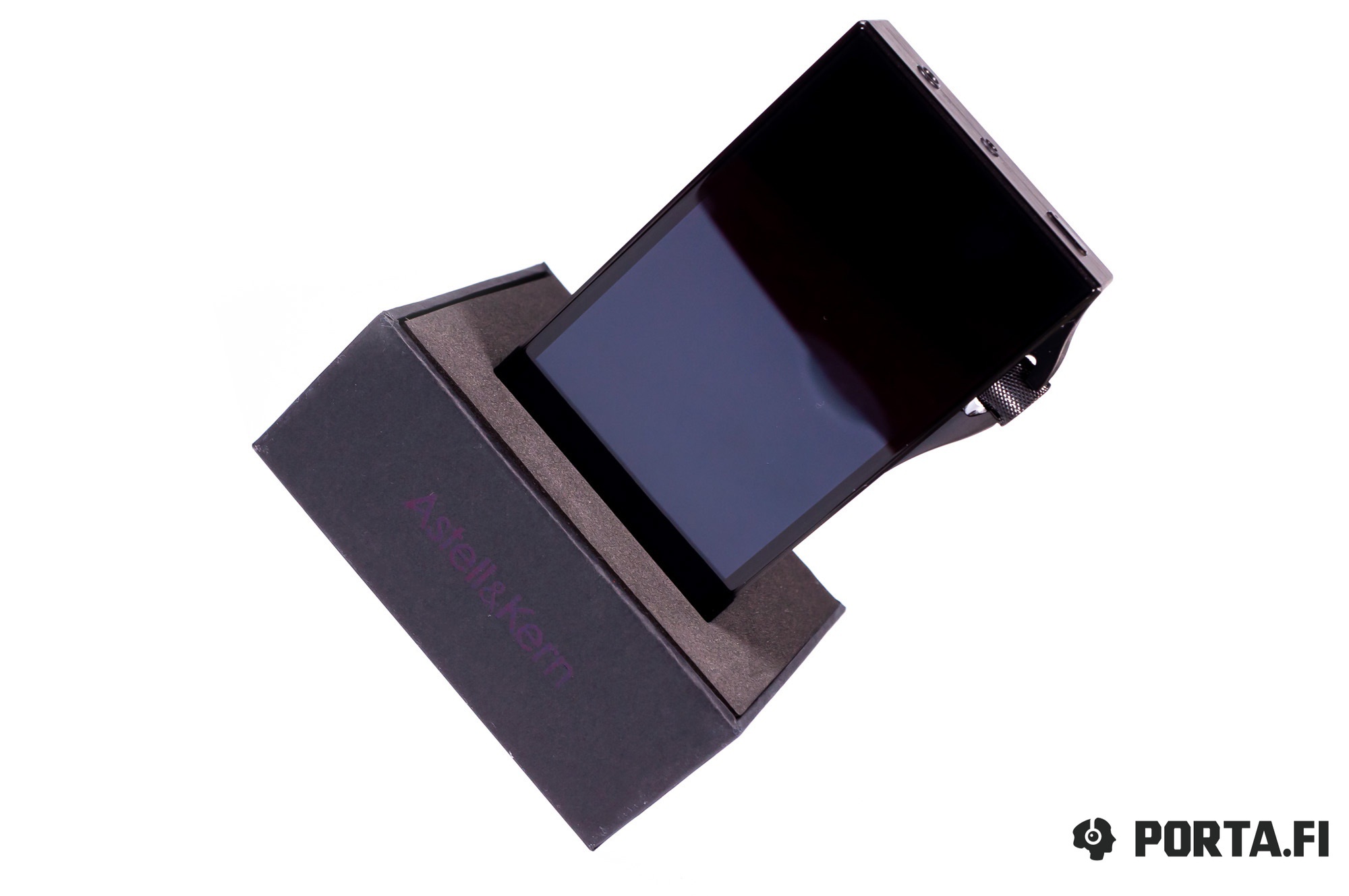 The only element that stands out is of course the volume wheel that is rounded by unusual projections from both sides. The usual encoder is used and it’s very precise and register turns well. There is a ring indicator right under volume wheel that changes its color depending on bit depth and volume. It looks interesting but can be disabled if you don’t like additional lighting.

On the left side there are three playback buttons, on the top there are two jacks (regular and balanced) and power button. On the bottom there is a microSD slot with a moving cover and USB-C port. The latter is multi-functional: charging, DAC, USB-out, access to memory card and internal storage. The playback time is not record-breaking, but normal — you can get around 7 hours balanced and up to 8 hours single-ended. Unfortunately there is no Quick Charge here, so it will take around 4 hours to charge the player.

Screen occupies the most part of the front panel and it seems very similar to the one found in SP1000M (or similar) with 720p resolution, which is rather good. It has good viewing angles, brightness and touch sensitivity. We, however, are in the times when good screen is not rare in a player, so the impressions are rather ‘you could make the screen occupy ALL the frontal space’, despite the fact that capacitive button below it is a brand thing for A&K players.

There are almost no changes in A&K players firmware for several years, so the firmwares are similar to each other among players and SA700 is no exclusion. It, however, has received theme update, but the update itself is limited to color change of some indicators and separating lines from golden to red. 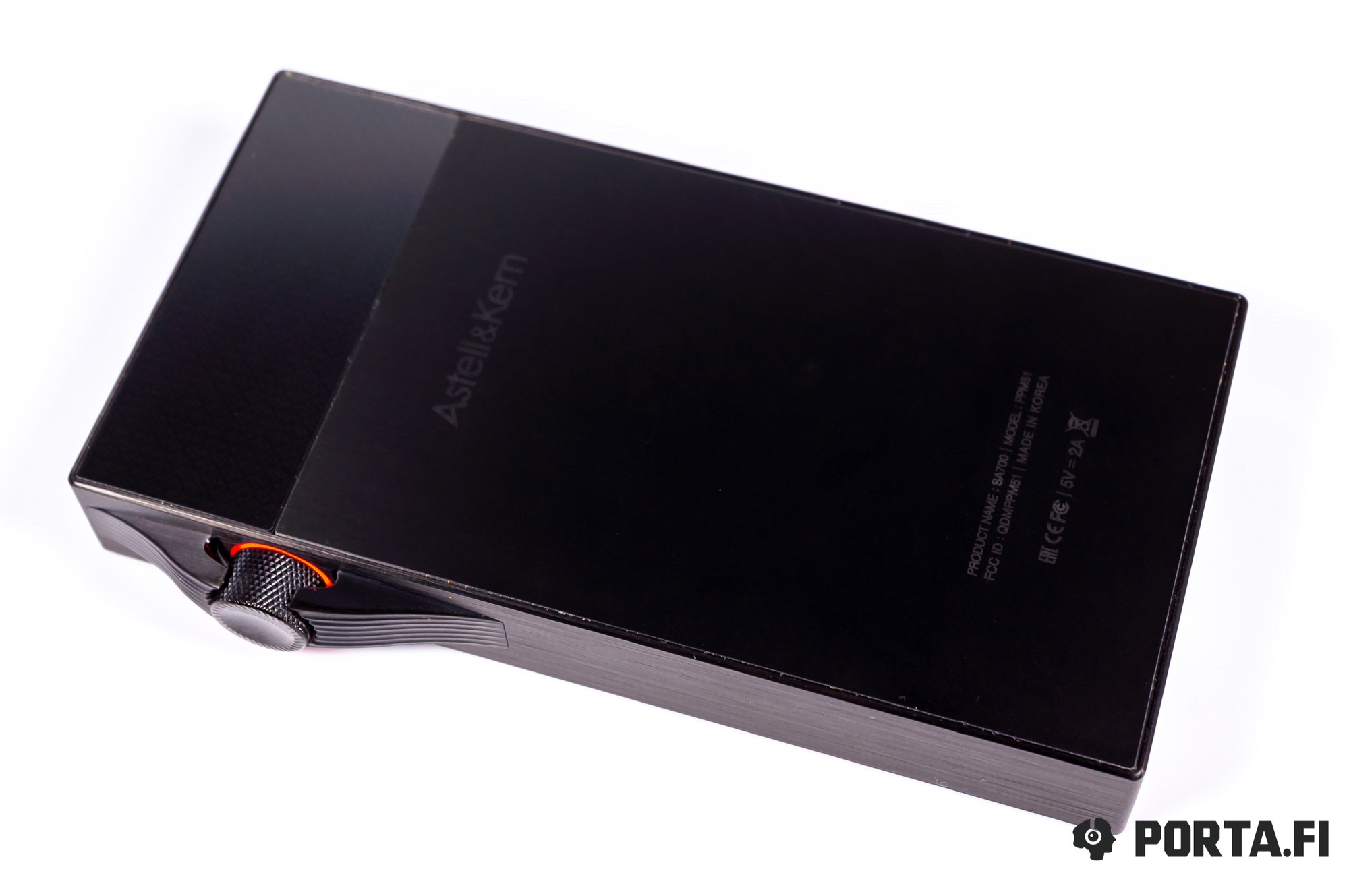 I don’t think it makes much sense to speak about interface in details, you have seen it many times: playback screen with large album cover and playback control buttons, quick settings in tray and the main menu on the left. There is also a well-thought media library and a lot of settings. As in other A&K models, you can install whitelisted Android apps, so the streaming services will be with you.

Since there is only 4-core processor versus 8-core of flagship players, the firmware works a little slower, but is still smooth and glitch-free. 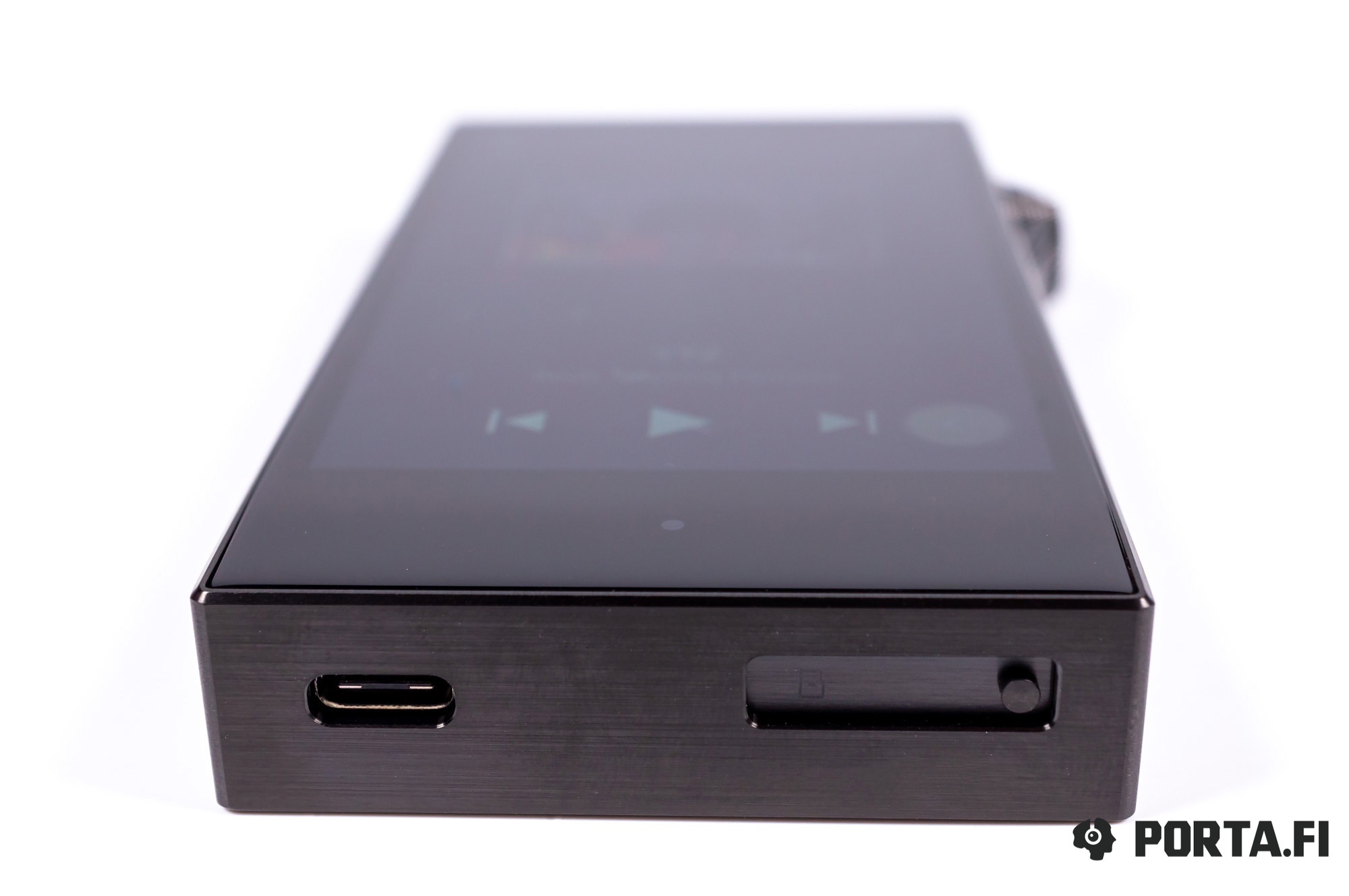 The overall sound presentation of the player stands out of the modern A&K lineup, but it’s actually development of AK120 ideas on a higher level. The player is very mid-centric, it has clear accent on mids and combined with brand Astell mids coloring it gives the sense of hyper-realism. At the same time it seems that lows and highs are laid back, but it just seems so because of this accent on mids.

The bass is detailed and technical, leaning towards airiness but without lack of weight. It’s well controlled and plays textures and small nuances of acoustic instruments well. It will be a good idea to choose headphones with bass accent for synthesized genres. For example, CA Solaris or other good hybrid earphones will suit well here.

I have spoken about mids already. They have accent on realism with great micro and macro details balance. Those are brand ‘fluid mids’ when each sound is fluid but at the same time well defined. I don’t know how A&K achieve this but no-one on the market could get such results. The player is not overly analytical and is not trying to find all the dirt in the recording, but still in order to hear its potential in full you will need quality recordings. Player shows good volume and soundstage — clearly more than average in width and depth but without overemphasizing. 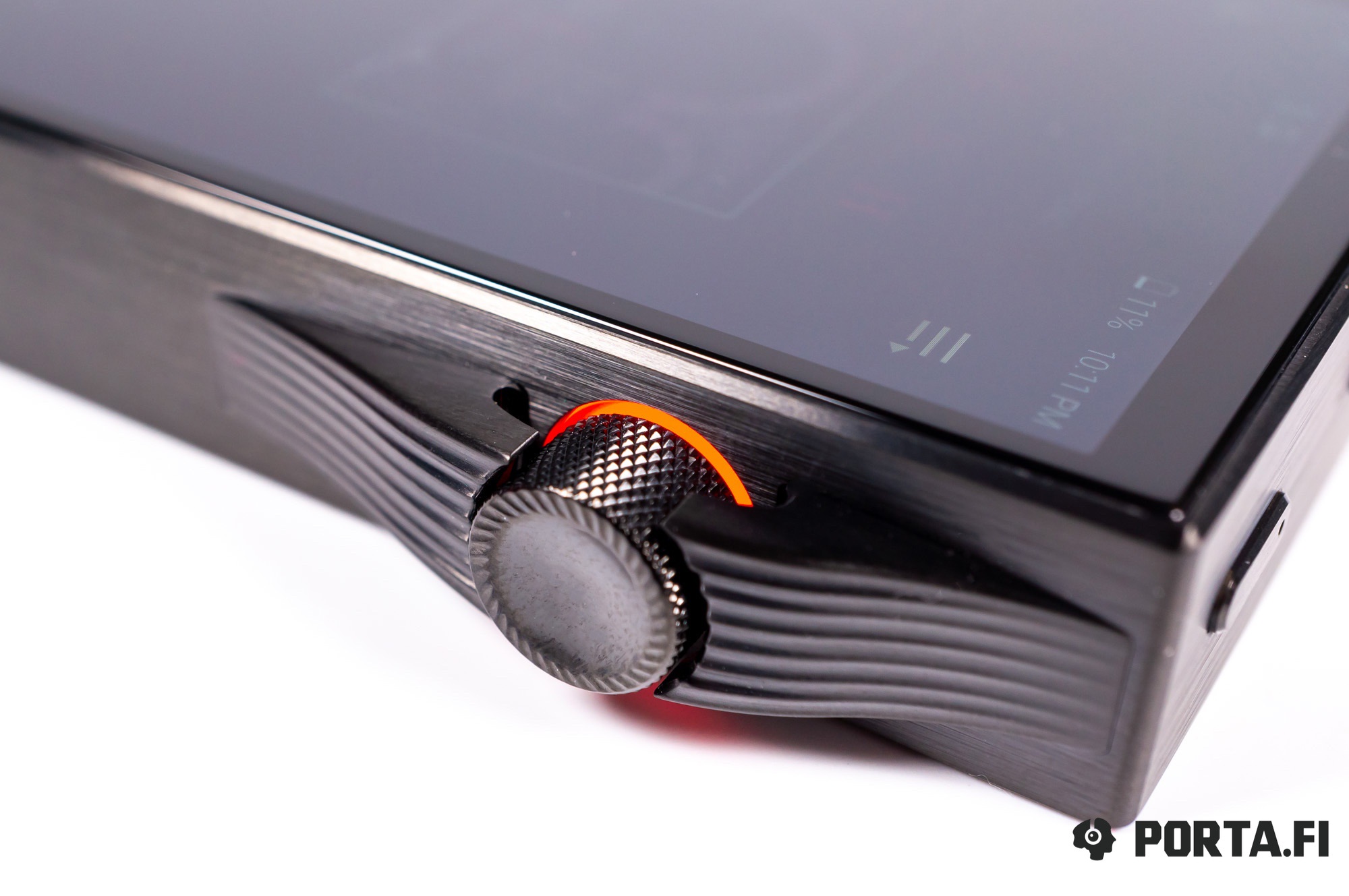 The highs sound a little milder than usual and I think it’s due to the contrast with energetic mids. The highs length is well above average but is not maximal, with good resolution and realism. The layering is above average and the player plays all needed overtones.

Of course I will speak just about sound here, since you can easily compare everything else by reading certain reviews.

Astell&Kern SR15 A&norma “Norma” is the first player in mind when you listen to SA700. The new player seems to be an enhanced version of SR15. It’s also mid-centric, but is more dynamic an lively with better frequency range edges. Recommended if you search for upgrade to Norma.

Astell&Kern SP2000 It makes almost no sense to compare SA700 to this one, but there will be questions, so I should say that SP2000 is more neutral and natural and is better over all frequency range, especially on edges.

Astell&Kern SP1000M And again, the result is quite evident. ‘Mini-Ultima’ is closer to its ‘elder brothers’, so it sounds more neutral and natural, but simpler than SP2000 and doesn’t have that accent on mids. 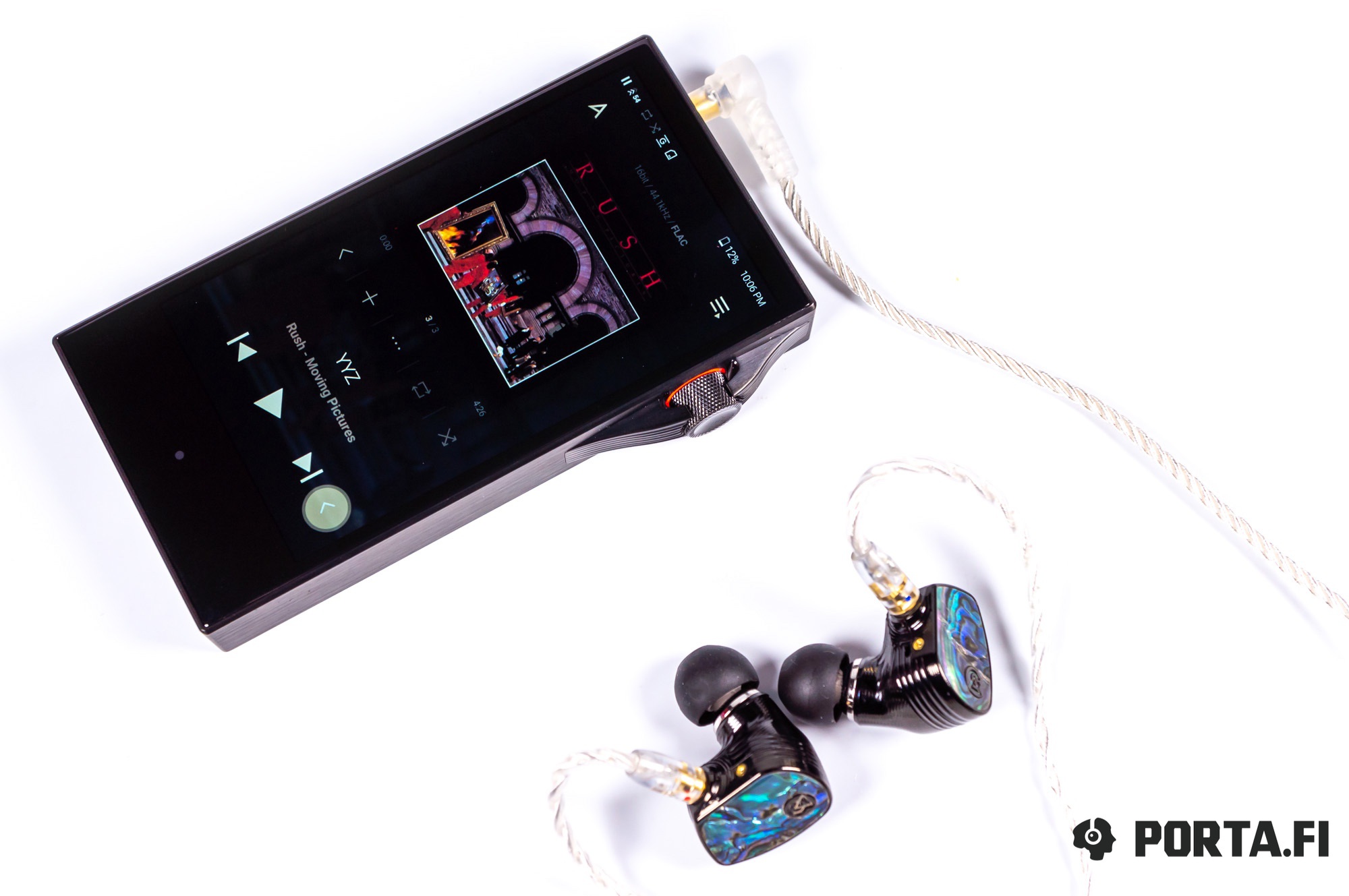 Cayin N6ii This player offers more accentuated emotions and underlines macro details that sometimes means sacrifice to realism, but it won’t stop those who love this kind of presentation.

FiiO M15 Those two are as different in terms of presentation as possible. FiiO Has less accent on mids and more weight on lower part of the frequency range.

It’s of course not the most powerful player on the market and A&K also has more powerful models, but this time the developers thought it’s enough. 4 Vrms balanced means you will have no problems with most of normal portable headphones that do not require a desktop setup. There is almost no noise with very sensitive IEMs as well. 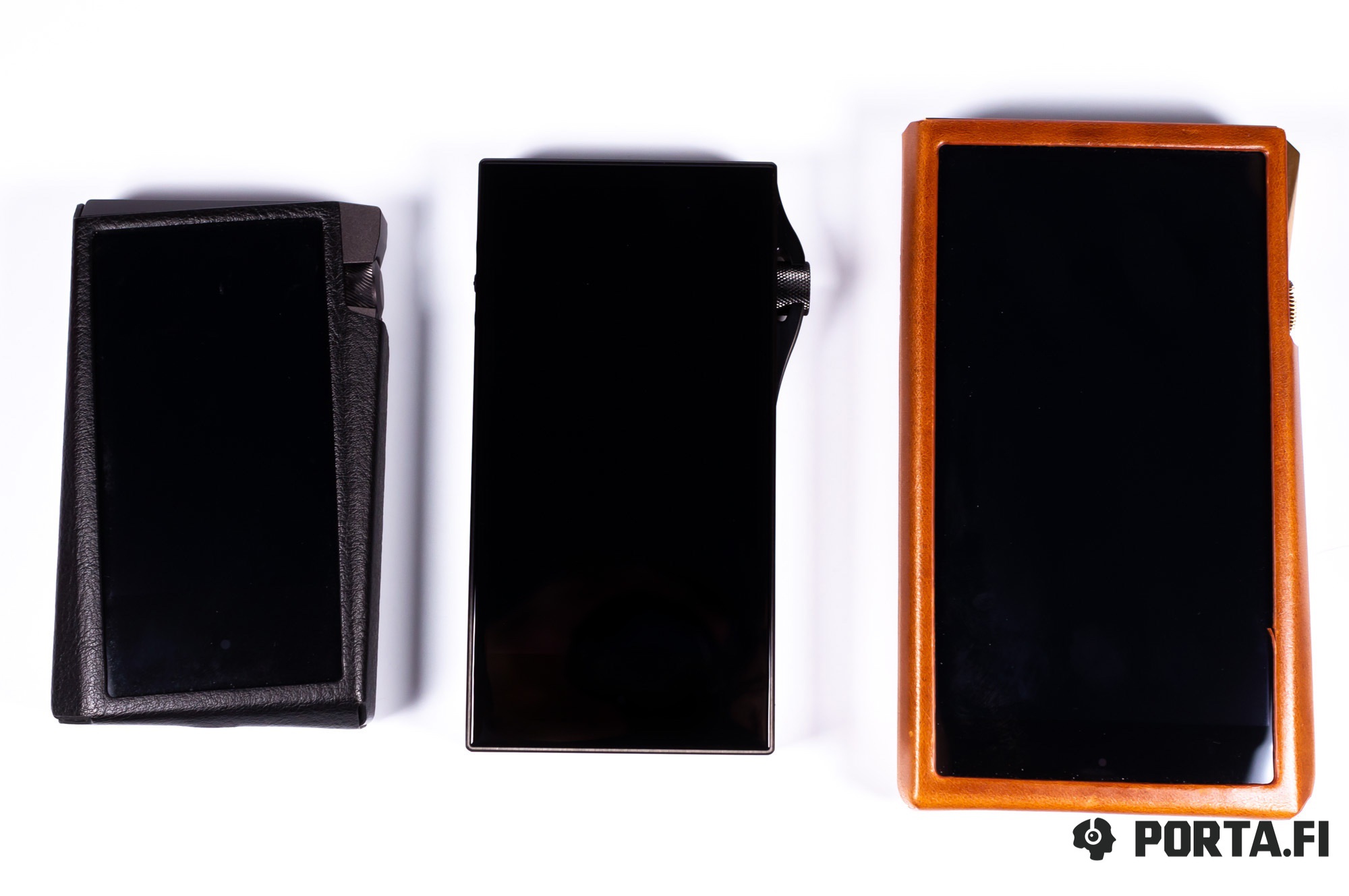 The player is very suitable for mid-oriented quality recordings with 8 out of 10 for bad recording sensitivity. It’s not that the player emphasizes problems in records, but rather that it shows the most of it on good ones. Of course you can listen any style here, but first of all it’s most suitable for live music with using of non-synthesized instruments.

Trilok Gurtu — Obrigado The Indian percussion magician has released a fresh album called ‘God is a Drummer’. The name is arguable, but in the end, do you think God is a bass player? Nevermind how it’s titled, we care about music and it’s great, considering the age of the musician, who manages to stay modern. The album is full of ethnic ideas and is easy to listen to. SA700 allows us to dig into this atmosphere by highlighting all the nuances and findings, from vocal passages to unusual orchestra insertions.

Tinsley Ellis — Hole in My Heart If the artist calls the song ‘Hole in My Heart’ you can bet he plays blues. This time is not an exclusion and I think Tinsley Ellis needs no introductions for those who love blues and neighboring genres. The fresh album called ‘Ice Cream In Hell’ is full of selected blues rock and SA700 shows itself very vivid — vocal emotions, bursting guitar imporvisation, great keyboard support — everything gives maximum impression and sounds real.

Donald Nally — Anonymous Man, Pt. 2: I Moved Who says classical music is boring and similar? The famous American choirmaster laughs at this and shows that even a-Capella music can be unusual and extraordinary, especially if you listen to it on a quality device that can transmit all of those voices in full. SA700 with its fluid mids is the case. 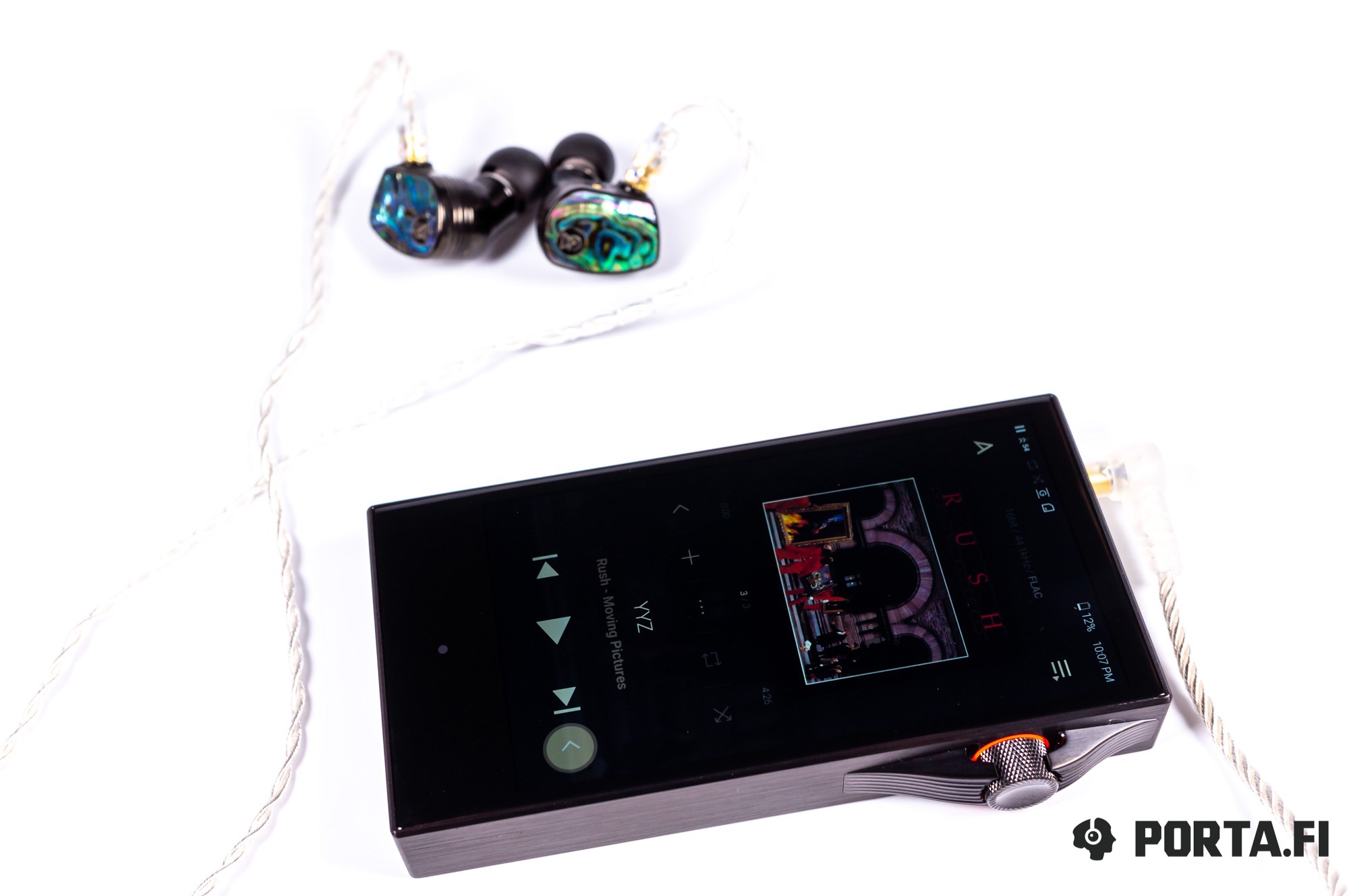 Astell&Kern have decided to create a successor of AK120 and they’ve done it. The result is interesting in terms of sound, stylish, convenient and not as pricey as it usually is with this brand. If you listen to good recordings mostly and search for the player to unleash its full potential and do not want to strike your budget with Ultima, SA700 can be a good candidate.