It seems like one cannot invent anything new regarding dynamic headphones. And really, what can be done? You can try and make membrane as light and thin as possible, maximally stiff, diminish the coil weight, overcome the inertness, increase the magnetic power… Sounds not complex on paper. In reality it’s march harder though, so manufacturers usually leave bass to dynamic driver and use armature and other types of transducers to play the rest. There are few manufacturers who have solved the riddle of good dynamic driver tuning. On of them is Singapore’s Dita Audio.

They have recently updated their lineup as well as their flagship model. I haven’t heard it yet, so let’s speak about recent Dita Dream top. 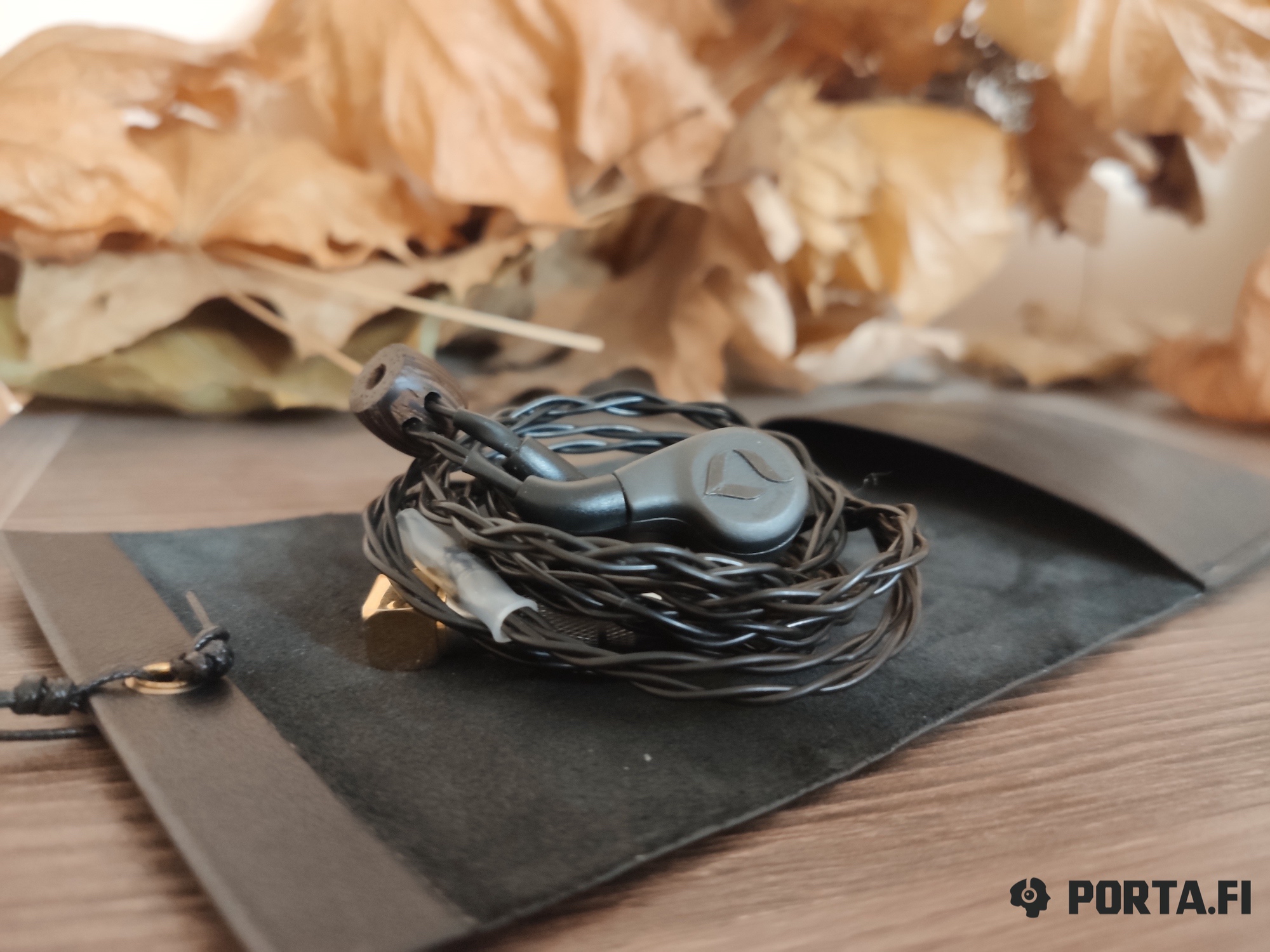 Accessories and packaging are usual to this company and you get everything you might want from IEMs of such level. The box has white color and it contrasts with black IEMs and black insertion — holder of headphones and cable. There is also a traditional metal warranty cad containing serial number. There is no info about how many items have been released, but it’s a limited edition, any way. The IEM’s are inserted in separate spaces and will not damage each other during transportation. Other spaces have brand detachable jacks that can make regular 3.5 and 2.5 out of IEMs. Unfortunately there is no popular Pentaconn in stock, since when the sales have started, it has only started to gain popularity. Now you can buy it separately, as well as not such wide-spread 3.5mm balanced variant.

Removing the upper stand, we see couple of boxes with accessories. One of them contains pouch, while the other — ear tips and plane adapter. There are stock and Final Audio tips, but those who use Dita products for some time know that stock are the best. Apart from that everything is standard. Probably we could have expected pouch to be more practical. It’s leather and of good quality, but soft. Probably some solution from Pelican would have been better. On the other hand, I don’t know many people who treat their expensive earphones bad. Anyway, all company models have such pouch and it looks really good. 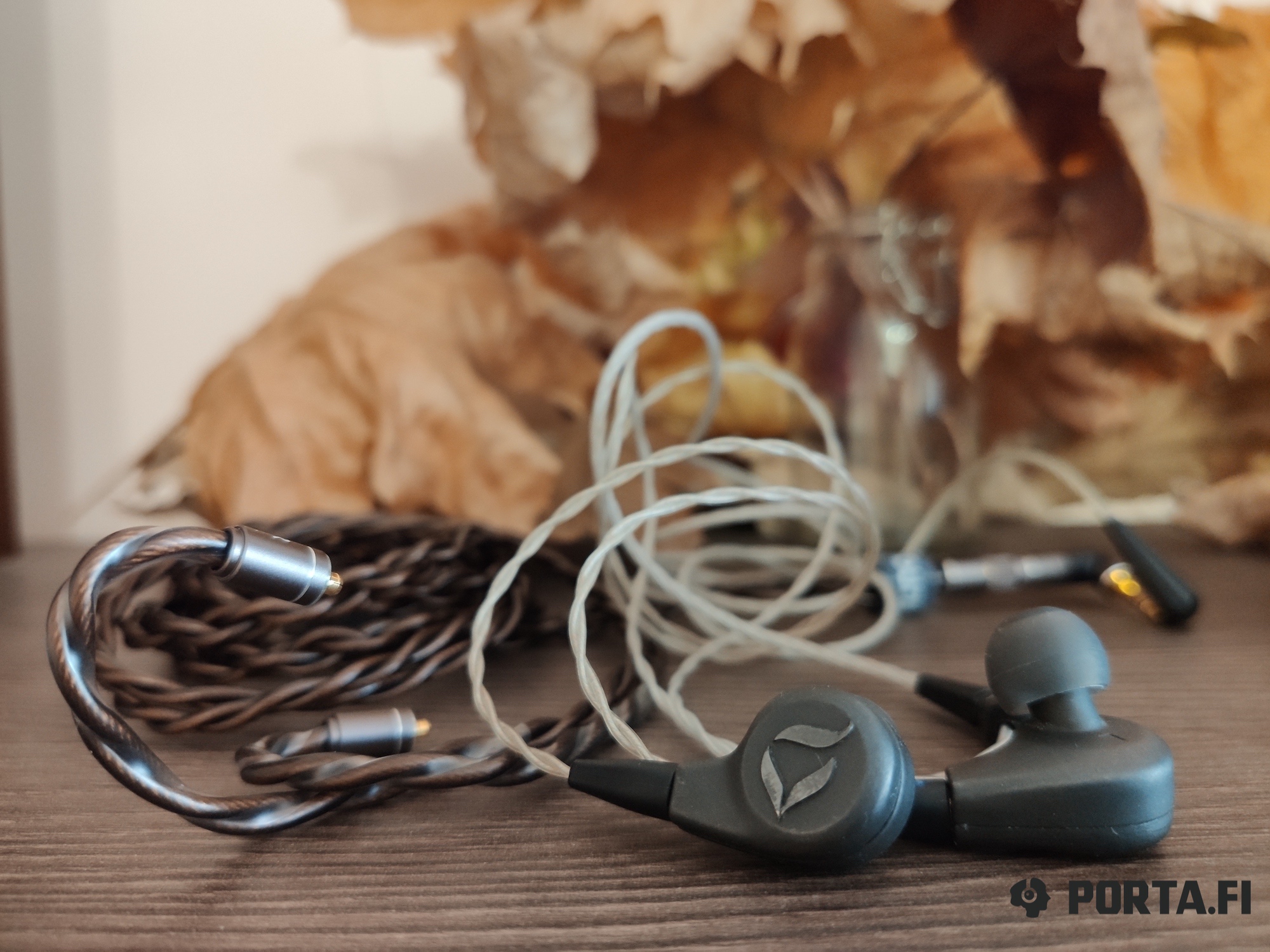 Dream have metal bodies of black color that is called Titanium Black. It’s matte and resembles soft-touch covering. Now the IEM bodies look more rounded in comparison to Twins pre-tops and previous tops. It’s interesting, that some renders from the Web show this model in usual strict lines, although in reality it’s not so. However the IEMs haven’t lost their face and are fully recognizeable. The body is rather compact with correct nozzle angle (enough for comfortable fit with projection to fix ear tips. On the outer part there is a projected company logo. Dita Dream uses special 10 mm broad-band dynamic transducer. They have impedance of 16 Ohm and 102 dB of sensitivity. This time the company has avoided to say that junior models are different only in cable. The cable itself has 2-pin connector but its position is clightly non-standard. The sockets are not particularly on the surface and are dipped in by 1 or 2 millimeters. This means that 3rd party cable won’t sit to the end of the pins and this causes some worries. 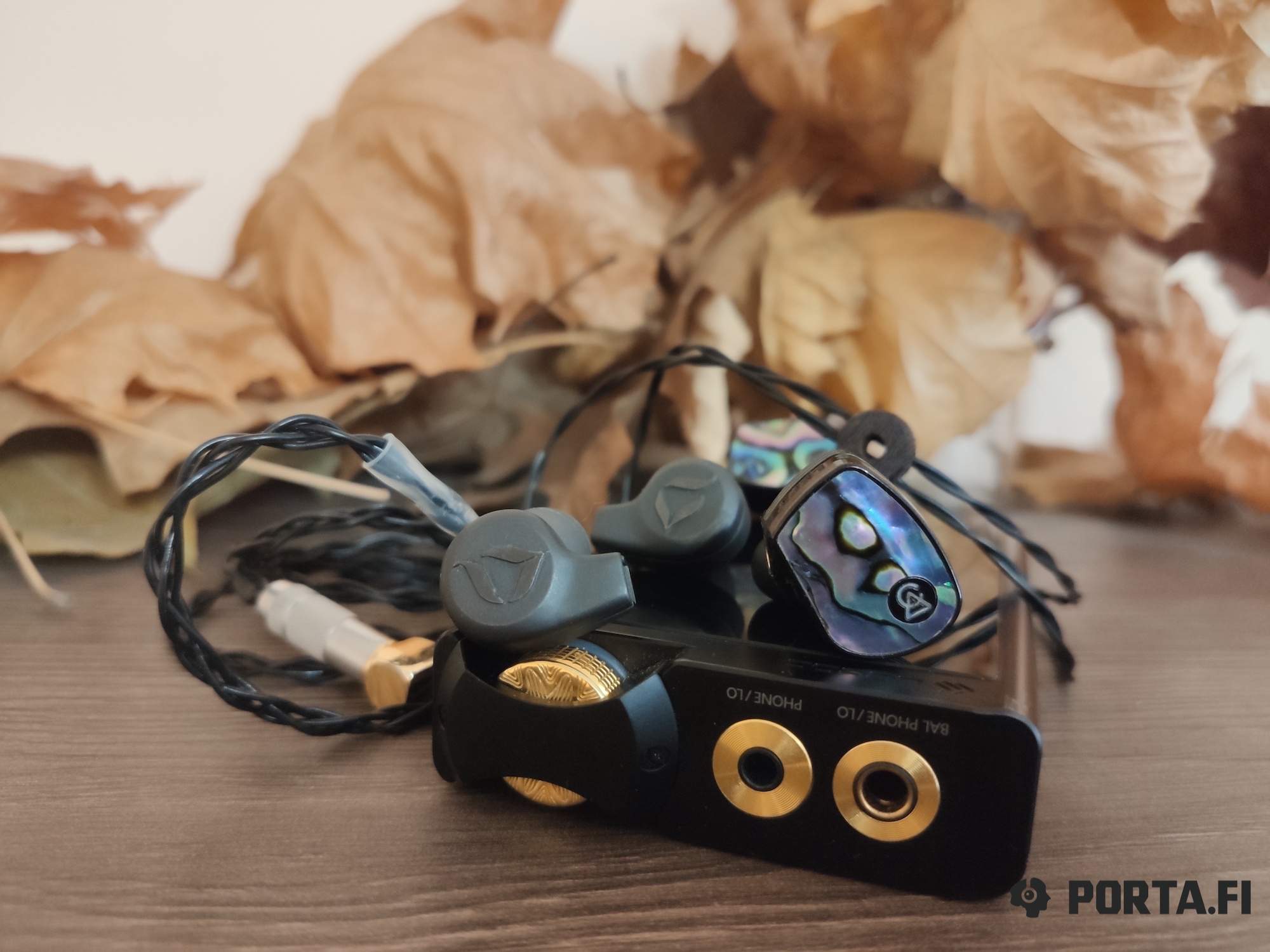 The cables with projected pins won’t sit fully and will leave slight space, so you can await tight connection only with non-dipped sockets. I considered this as worrying factor and have modded them to MMCX. Being dynamic model, the IEMs are not totally indifferent to cable rolling, but are still less sensitive than hybrid or armature colleagues. So be ready that the result won’t be night and day difference. Anyway the stock Dita Truth the Replacement cable is very good. Its a silver version (there is also a copper version, but not in accessories for these IEMs) with brand system of detachable connectors that are actually among the accessories. The included papers contain information on how to change them but it’s really simple and practical. To do this, you should remove the fixating part (conveniently covered by diagonal laces for better grip), remove the jack by just pulling it out, put desired jack in (there is a projection that won’t let you insert it incorrectly) and put the fixating part back. You’ll need just seconds to do that. Jack with it’s angled structure is not much bigger than regular non-detachable angled jacks.
The cable has been made as a special order to Dutch Van den Hul company and it can be seen on metal insertion of the cable. The cable is covered by black isolation but the abovementioned insertion has a transparent part where you can see the real conductor. The cable is not very thick and is somewhat stiff but it’s main problem is memory effect — you can try to roll it but it won’t stand still. It’s good to use a clampband, but Dita do not offer it in box. There are pre-formed ear hooks on cable but without thermal contraction tubes. The splitter is mad of metal, rounded with company logo. The metal insertion is positioned approximately at 5cm distance from detachable jacks.

Ergonomics of IEMs is perfect, ergonomics of cable leaves some room for improvement, but we can excuse it for sound.

And yes, the sound won’t disappoint you. The IEMs are perfectly detailed, technical and transparent, while staying emotional, natural and involving. The IEMs have more of neutral monitor presentation with well defined sounds, instruments separation and articulation but without being overly analytical. Even more, they are probably the best in their league in terms of naturalness. On the other hand they can be called champions in level of details and speed.

Lows have good length, textures and control. They may seem somewhat dry since they offer great speed and level of details and can beat even some single driver armature offerings. On the other hands there is good weight and lows sound very full. Great naturalness allows to transmit all sounds and timbres correctly without damage to any of them. Also there is no movement towards being cold or warm and this brings additional realism. The dynamic range is great.

Mids are also very good. They are very detailed and all sounds are located correctly — you can hear positioning and place of every instrument. At the same time they remain coherent to transmit everything correctly. There are no particular accents, male vocals sound as convincing as female, with good expression and correct timbre. Low male vocals resonate very well, while high female brings you to unknown heights. Everything sounds very realistic, so it’s a real pleasure to listen to timbre-rich real instruments. Synthesized instruments are played good as well, with electronic and heavy genres having needed expression as long as the recording has it. Absence of accents means industrial and EBM genres stay technical and lifeless, just as genres demand.

Highs have good level of details, great shape and control. They are weighty and full and lack abundant harshness, but are not smoothed at the same time. They will bring all attack speed and neatness of decays and will transmit the place of instrument in composition correctly. Neatness is actually the factor that brings realism and naturalness. Due to great length you will hear all overtones of live instruments, as well as electronic effects that are in the recording, but you should mind the recording quality, since Dream shows bad recording the same way it shows good one. You will hear differences between different remasters of the same album, dry or thick, dark or bright recordings. Dream shows the full recording potential and keep its character. 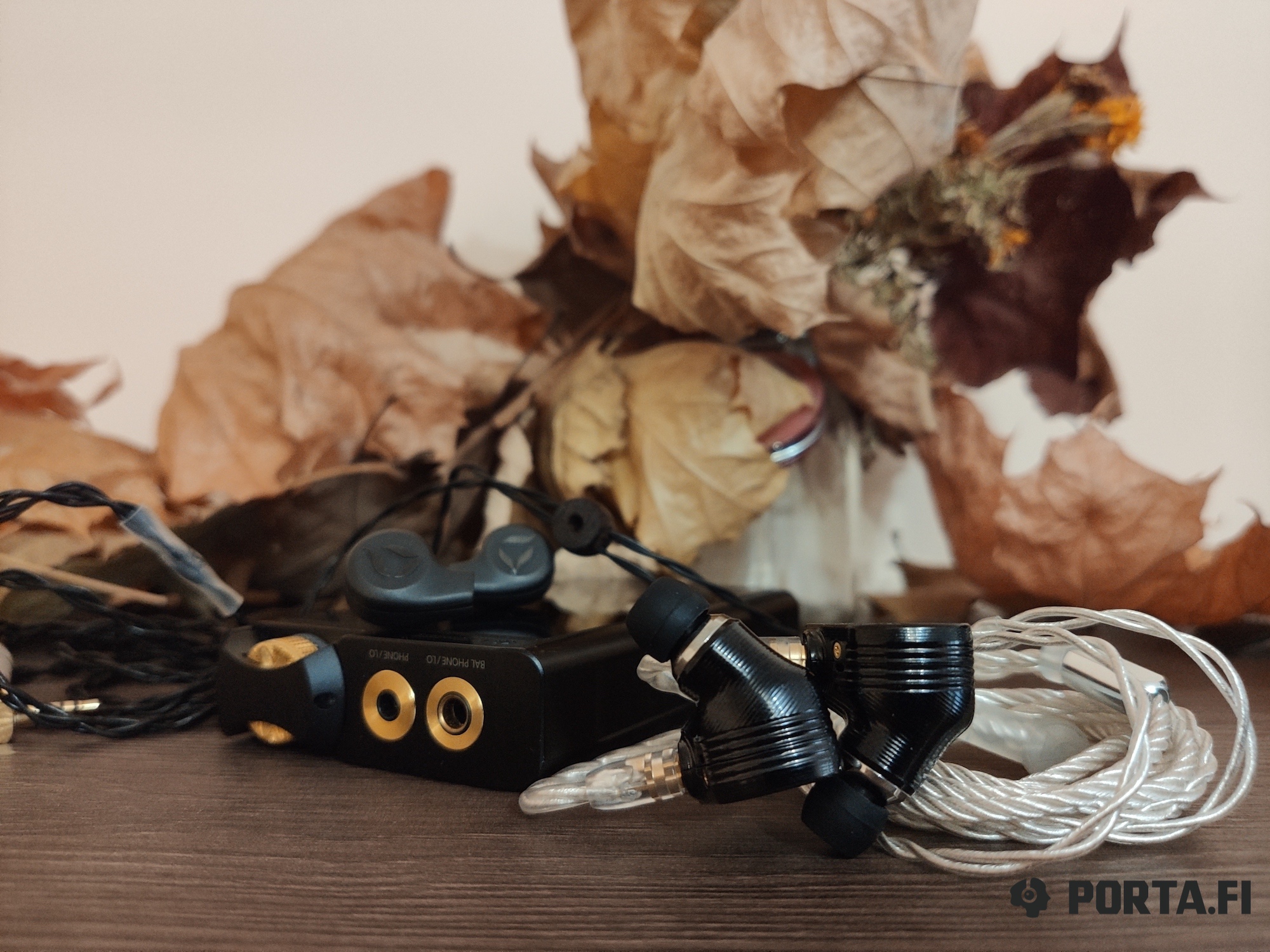 The soundstage minds the composition, precisely localizing the instruments, having exact layering and their interaction in a way when the recording doesn’t sound either condensed or overemphasized. It’s pleasure to listen to both intimate jazz concerts and spacious stadium rock or electronic music. The IEMs don’t have any problem with width and depth of soundstage — it’s close to maximum in this form-factor.

As for source pickiness, Dream, being paractically monitor, will show all advantages and disadvantages, so you have to care about it. I thing that Lotoo Paw Gold Touch and AK SP2000 Ultima to be very good pairings that have good synergy. You can even call those pairings endgames if you don’t need colored sound. Although it’s not necessary to purchase such expensive sources, you might want to check iBasso DX200 and DX220 (you will hear difference between different amps very well), AK Futura, Cayin N6-II, FiiO M15, although in this case the IEMs will have some space for improvement.

Apart from that Dita Dream are not hard to drive but at the same time are not noisy.

Are they critical to recording quality? It’s really hard to say exactly. On the one hand, they are maximally critical, but on the other hand sometimes they can ‘resurrect’ the recordings because of their high quality and attention to recordings. When I’ve once tried to listen to one non-official club live concert I thought it to sound bad, but Dita Dream have played it the way it has been recording — diving deep into noisy club atmosphere where I stand not far from the stage, slightly on the right side and the sound is not balanced ideally, just as in any live concert, but the performers try to do their best by giving all their drive and energy and everyone in the crowd is yelling and singing. So when I speak about being critical this does not mean that it emphasizes problems on purpose but this means you will get right what there is in the recording.

Upon the whole the IEMs are great. Of course they won’t suit everyone but will appeal to many people. The stock cable is not optimum but it’s well sounding and has detachable connectors. But Dita Dream still reacts to cable rolling, although the result is much smaller that for IEMs with crossover and in many times there is zero difference, so if you have decided to get rid from stock cable, choose something of the same quality and you will be rewarded in full.
Well, don’t forget about correct ear tips that fit the nozzle. That’s all. Enjoy the music.