In continuation of the compact device theme, let’s speak about another Shanling product. Not so long ago we have written about M0 that is ultra portable. I don’t think there is a smaller player with the same sound capabilities, but still. I would think about it as a substitution to smartphone. After all, smartphone should be discharged by games, not by music.

For music, however, I would look for something bigger and better in sound. For example, Shanling have released a player that fits here quite well. It is larger than M0 but still slim and compact. It is called Q1 and it is a budget device with attractive price. 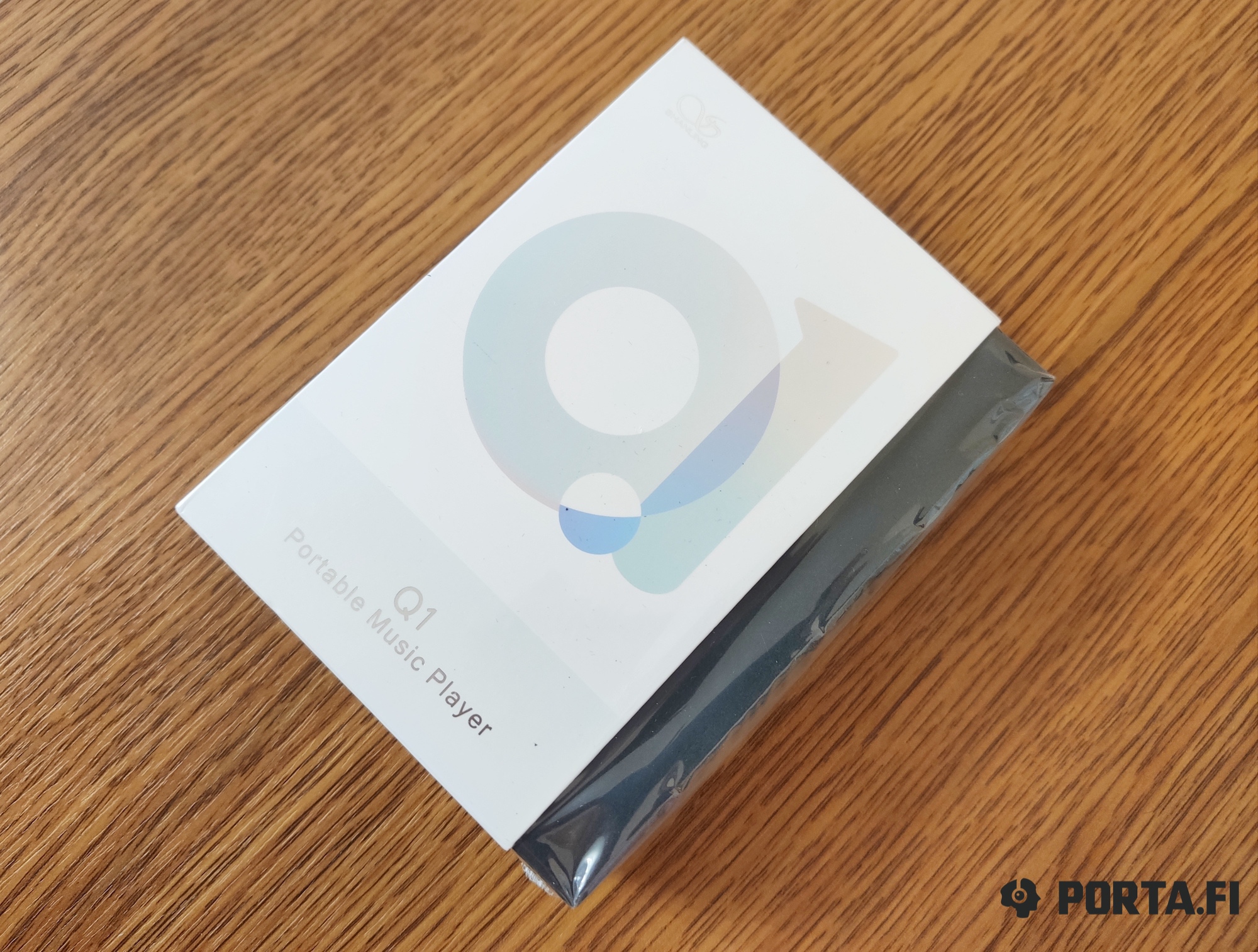 Packaging reminds of the one from iBasso DX220. Rather thick dust cover with open right part that exposes the box itself.
The box opens in a regular way and in order to make it striking Shanling have made the box slightly angled. Such futuristic style however would suit something technological in terms of appearance more. Nevertheless, we see the player with retro looks that is covered by a silicone case of the same color as the player itself. Without it the player is even more beautiful. 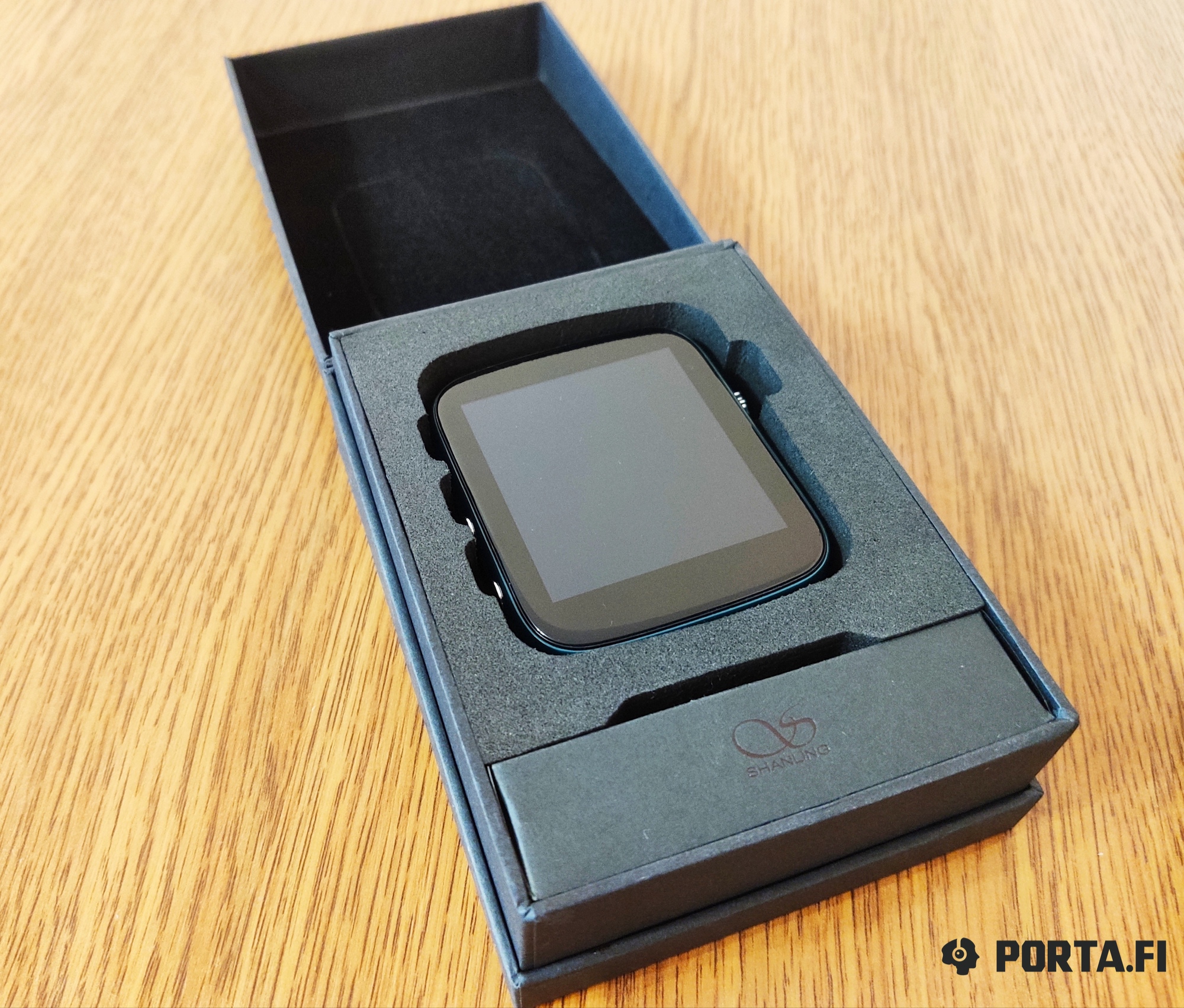 Player body is of beautiful glossy blueish-green color. I am not sure about the material — it can be plastic or enamel, and it is probably it by the way the player feels in hand. Retro, right? Who remembers this technology? There are rather large playback control buttons on the left side. Right side has a volume wheel combined with on/off button.

Bottom part has microSD slot. There is also 3.5mm output (no balanced output here). It’s a pity on the one hand, but on the other — it is not a pure audiophile device. The output power is enough by the way, so you might not need balanced output at all. Here on the bottom part there is also USB-C slot.

Dimensions slightly resemble those of Hiby R3, but overall the device is more rounded with more projected back part, more rounded corners. It is very convenient in hand. What is not convenient particularly for me — I have always managed to accidentally press a playback button when grabbing the player, since the buttons occupy the most part of the side. Also it is not too convenient to use volume wheel when in case, however you can easily get used to it. 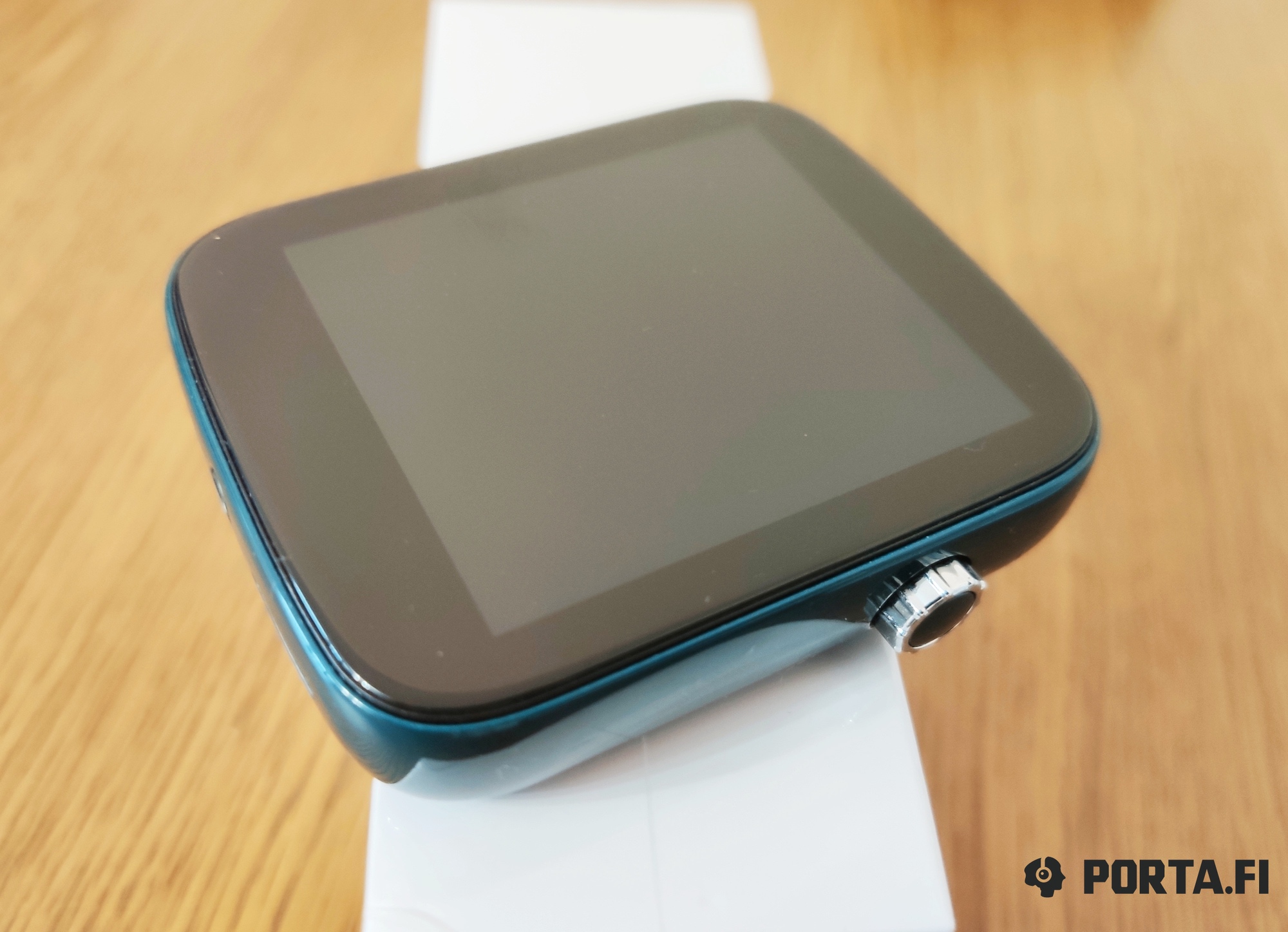 Player has its own OS. There are common modern patterns in UI, such as system tray and overall logic. There are several usual menu entries, such as Music, Favorites, Folders, Playing Now, Playback settings and System settings. They can be scrolled from left to right or vice versa and every entry just does what it says without surprises. There is gain selector in the tray. Menu is logical and requires no special knowledge to operate. Screen is sensitive enough, I haven’t had false presses or problems. Everything is good both in terms of colors and brightness.

Taking size and price into account, the sound is great. Yes, it is not the most technical, but it is full of emotions, musical and engaging. There are no evident problems with technicalities too. Despite the internals being similar to M0, I can’t compare them in terms of sound. Q1 is much better than its smaller brother. 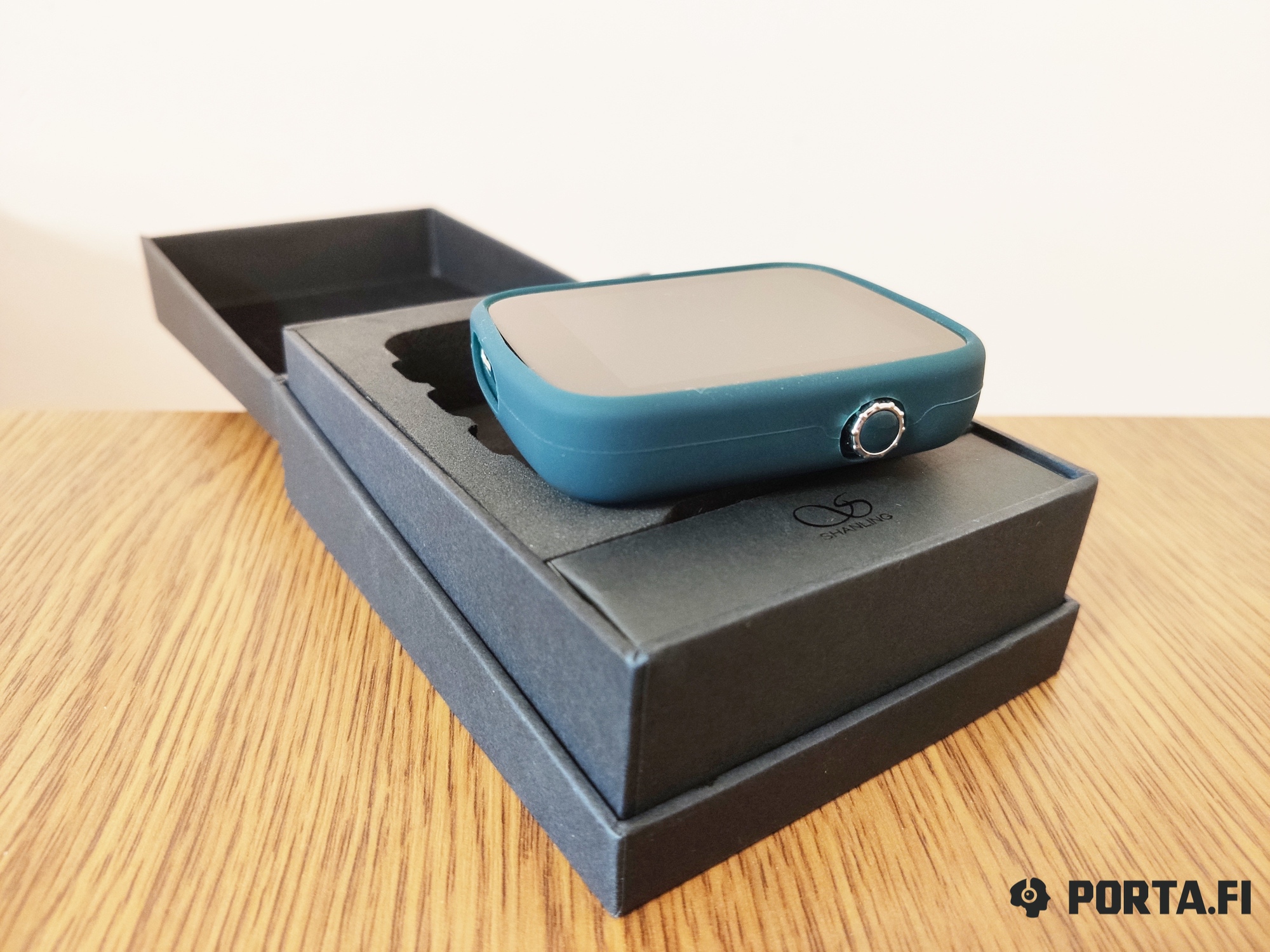 Lows have good control. They are not very lengthy or extra shaped but still there are no problems with them. They are musical and sound natural but without sacrificing too much technicalities but not accentuating them. Bass has good body and is distinctive, having enough weight to transmit instruments of this range well.

Mids are non-colored and honest. Player does not try to enhance their weight or give more emotions than there is in the recording. However there are no problems with transmission of those emotions that are present.
There are no extra coherent or too detailed presentation. In terms of technical ability players do well too. ‘Not bad’ is what suits here best. It is not striking but you can’t demand more considering its dimensions and price tag.

Highs have their peculiarities. The engineers haven’t tried to make them too laid back. Their length is not striking but they have no obvious problems. They sound comfortable and smooth, not too dark, but allowing to avoid problems of bad recordings. The level of details is okay, speed is enough and Q1 copes quite well.

The soundstage is average in both sides. It tends to be compact but it is not a con since it provides whole and emotional sound. There is not bad layering. Instruments sound true but sometimes lack air between them. Overall the sound is musical, emotional and organic.

Criticalness to recording quality is 3 out of 10. It is not picky in terms of quality but will thank you for well recorded music.

Summing up, player has turned out to be good. It is not a killer of tops but it is a rock solid solution in its price tag. Good battery life and unusual design add to it.