In a modern world sound has moved tech to the second place and all manufacturers do not try to create something technically new, but rather to achieve better sound (at least users want to believe in it). Planar compete with dynamic drivers and dynamic drivers try to overcome armature and hybrids. Probably there is no other company that guards its secrets as much as FitEar, and it is really hard task in our modern Internet world.

Of course on the one hand it may look like a history about first jazzmen that have covered their fingers with cloth for no-one to see what they play, but on the other hand I think it is rather a history about musicians that cover their faces with masks telling us its music first and not musicians.

This is why I has been astonished to get acquainted with hybrid Fostex TE-100 headphones. This is a collaboration of two companies — dynamic driver from Fostex, while FitEar have provided bodies and armature part. It’s not known who tuned and assembled it, but we get an interesting result. We also know nothing about the number of armature drivers, not saying about their manufacturer. But is it really important? 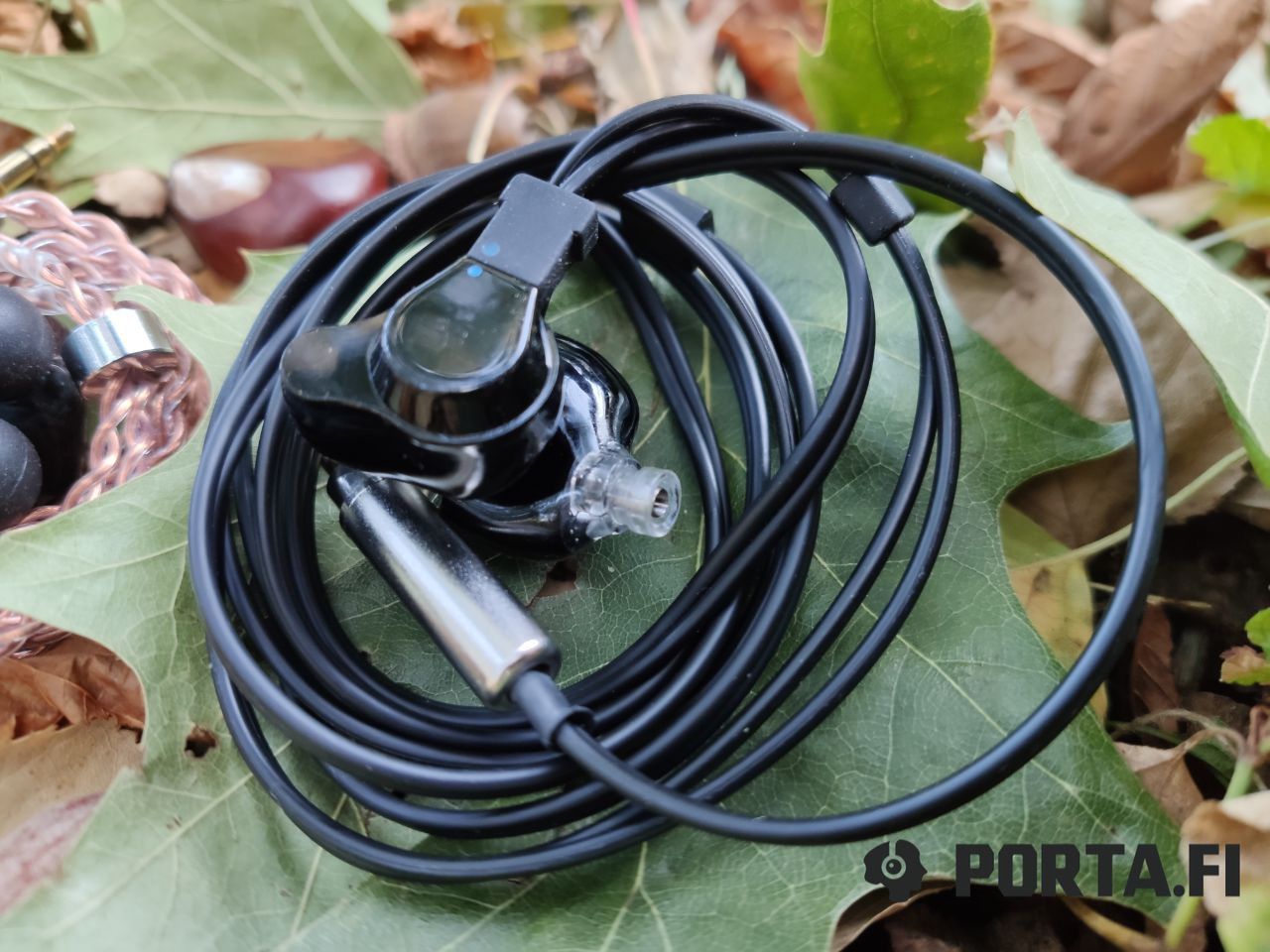 Those who have at least once seen the universal EarFit bodies will recognize these at once. The same faceplates with popped out round part for connector, the same curves of the inner part of the shell, correct nozzle angle — all this, besides great looks, brings these IEMs good ergonomics. It is astonishing that such big shells are so comfy.

Faceplates have no color abundance, it is made of black matte plastic. The nozzle is not long and has a standard diameter. In contains something metallic inside — tube (to diminish the vibrance), but rather a filter that resembles the one we have seen in Etymotic. It is made transparent, obviously to show that there is one and it should be cleaned from time to time. Apart from that we get black glossy material that resembles acryl. It is mostly non-transparent but still you can see some resistors and the curves of dynamic driver closer to faceplates.

The cable is detachable, there are fitear connectors with different pin thickness. Apart from that manufacturer has market phases with dots, in case you might want to get a custom cable.
The stock cable has reminded me of the old times when the grass was greener. It has rather regular looks, no braiding, two round black channels are soldered together until the split and then go into right and left channel. The split itself is made of simple black plastic, it is not big and won’t interfere. What about ear hooks? Don’t make me laugh, for $1200 you get a metal 3.5 connector. Of course, unbalanced. So the cable is not lacking microphone effect (over the ear fit helps), and is prone to tangles. 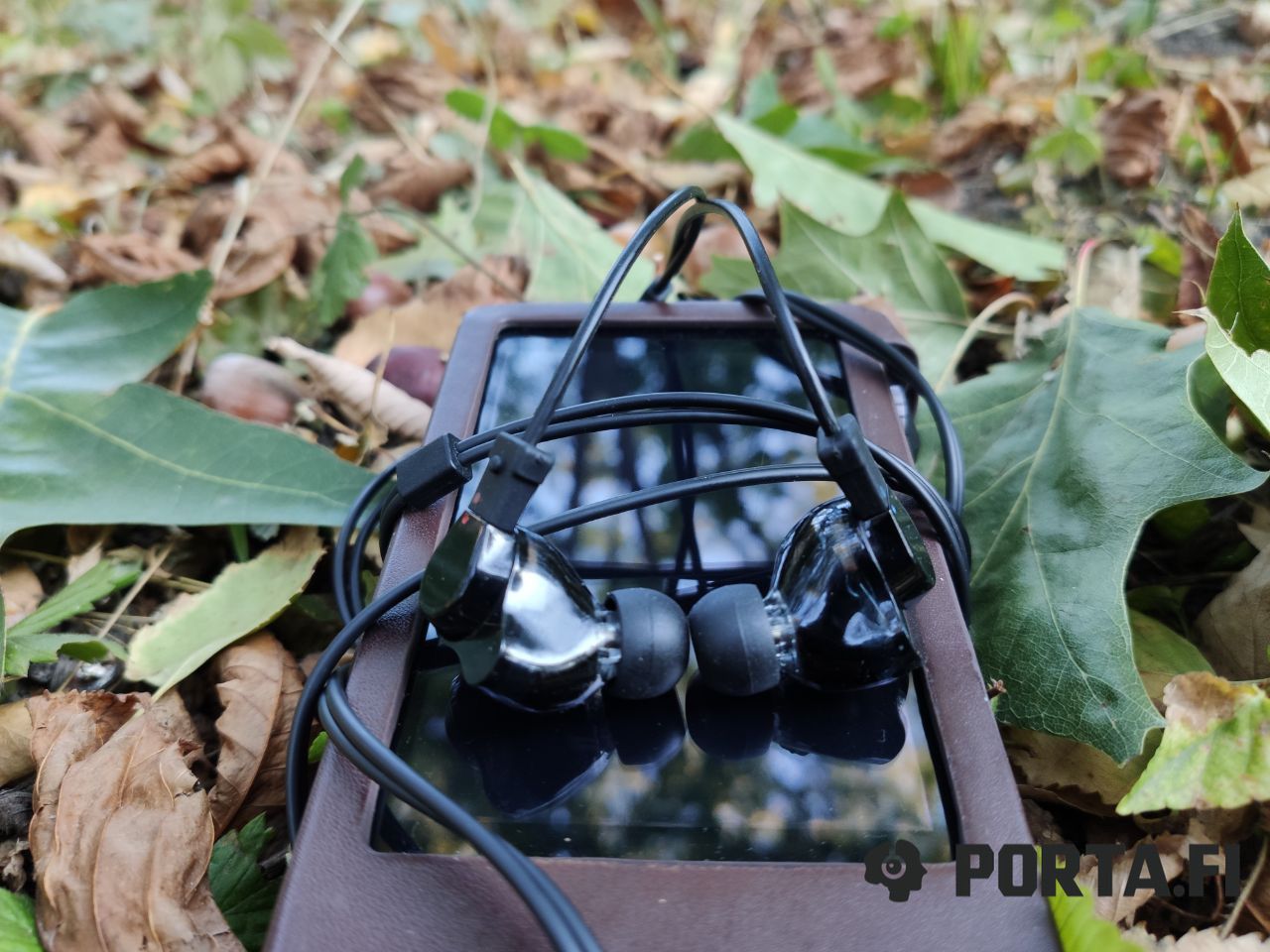 The mids have good character and are emotional
The highs are not harsh and are slightly smoothed.

The overall sound has great balance between macro and micro details with slight alignment to macro details, good emotions transmission. Of course the headphones of such level do not have any problems with driver matching — the sound is balanced and whole.

The lows have enough depth and massiveness, the lowest parts are not striking but they are enough even for showing drive on electronic music and also for instruments to sound full in live music. They do not become overemphasized and unnatural. Heavy genres do not have any excessive booming as it can be when the subbass is poorly controlled. The midbass is slightly accentuated and is on a warmer side. It is a little thick but it does not bring problems to textures and allows to show emotions of the recordings better.

The mids are emotional as well, they sound a little mild and are slightly warm as well, but are also open and transparent enough, have good textures and character. The soloists sound convincing, sometimes overly so, but this way you don’t lack any nuances and peculiarities of the recording.

The highs are natural, they are not overly lengthy, but there is enough of them. They are not harsh and are smoothed a little to create a comfortable sound, but are not drawn back. The attack is speedy enough, while decays have good length. They are not cut too soon, however they can be blamed for some harshness, layering could be better.

The soundstage has enough width and mainly relies on mids. It has good depth with well instrument separation and positioning, they have enough air but sometimes the recording may sound more wide and deep than recording assumes. This compensates the soundstage borders and slight lacking of dynamic range.

The IEMs are moderately sensitive the recording quality. They can make everything lively but of course they cannot revive something beyond recovery, but you still want to avoid such recordings. They are also not too picky in terms of source, but still require good frequency control, but nowadays there are not too many sources with such problems.

Overall the IEMs have appeared good. They do not lack problems, but good tuning compensates it, so you might want to make acquaintance with those if there is a chance.

Dolphinear JDR-100 — not well-known, but interesting