It’s been quite a time since I have first encountered the top Dita Dream model and much less time since I’ve become its proud owner. With a help from my friends in a short time I’ve been able to audition almost all available (and not so available) models of the company. Apart from, probably, Project 71. I, however, has been interested in a different thing. Dream is not a top anymore, but are still one of the best available IEMs on the market. So what sound does the top Dream XLS have?
Let’s find out.

This is not what interests me, this is almost not changed since Dream, so it’s really okay. Top IEMs are top in their accessories and packaging. Among the most interesting things there is a pouch which is made of soft leather and has big logo of the company. It’s rather convenient and looks really good. I can’t say if it’s practical enough since soft pouches cannot provide good protection and are more about beauty and it looks really good. Also a good thing is availability of all three popular connectors – 3.5, 2.5 and 4.4. Given that you have to buy them and they cost around 50USD per each, such care is very welcome. Of course there is also 3.5 balanced available but it’s not wide-spread and I think it’s no surprise that it is omitted. 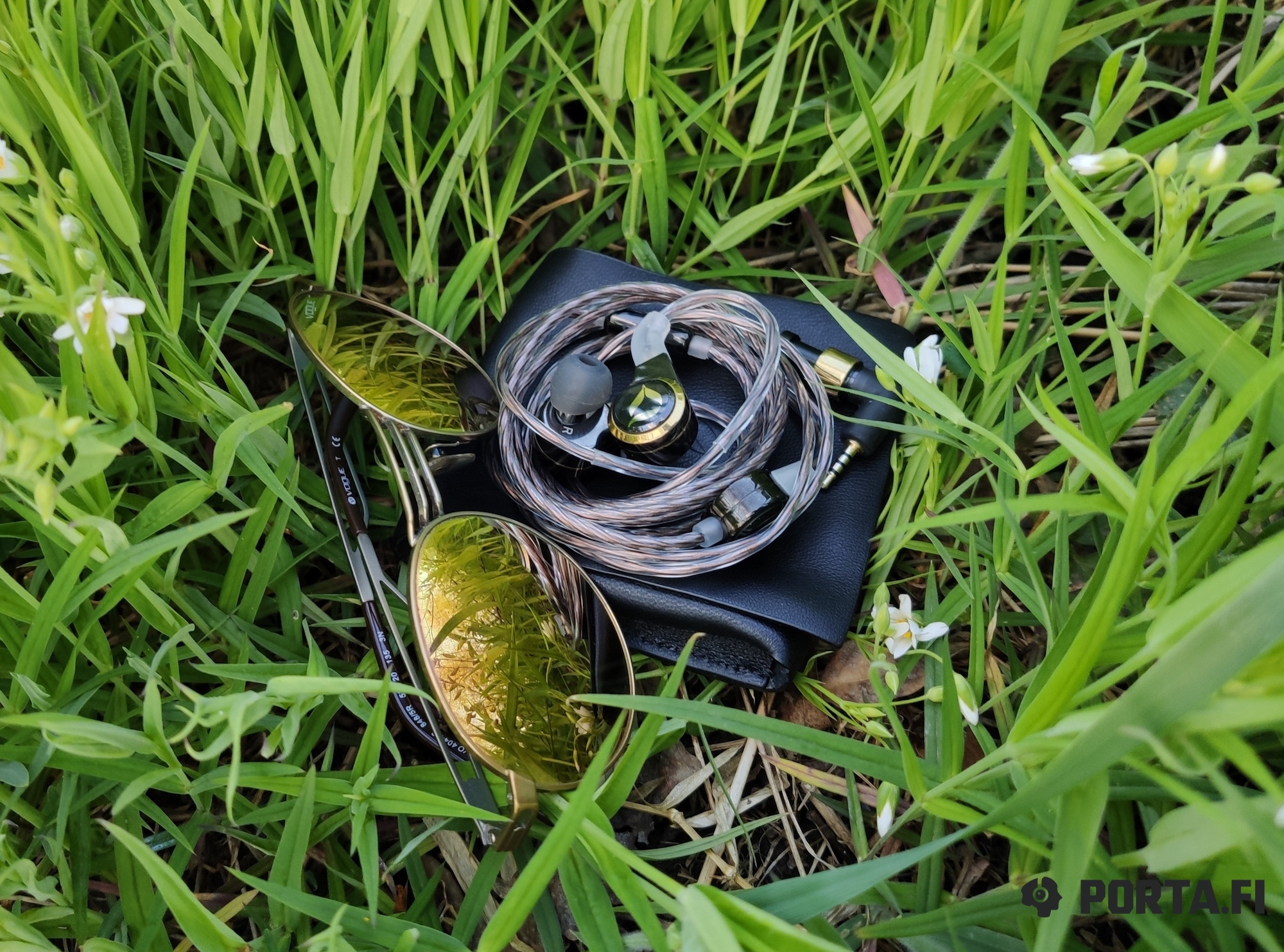 If previous Dream models have been drawn in Twins style on renders but have had a notable different looks, XLS are exactly in their style. The same strict and smooth geometric shapes and distinctive lines. In direct comparison the bodies appear to be larger not only because of more rounded shape of ex-top, but also because its diameter. Ergonomically Dita is traditionally convenient and are one of the most comfortable on the universal IEM market. I’ve encountered complaints about fit but you can’t make universal IEMs totally convenient for everybody, but still the complaints are very scarce and I can give not less than 5+ for it.

The nozzle angle and its length are chosen wisely, the nozzle grill is detachable. Nozzle has a projection for better ear tip grip. On the outer part of the bodies there is a company logo. Cable is detachable and has 2-pin connector that are as usual dipped into the bodies slightly. I don’t like this very much but I notice it is a recent trend that gains popularity over time. I don’t know why but it is a fact. 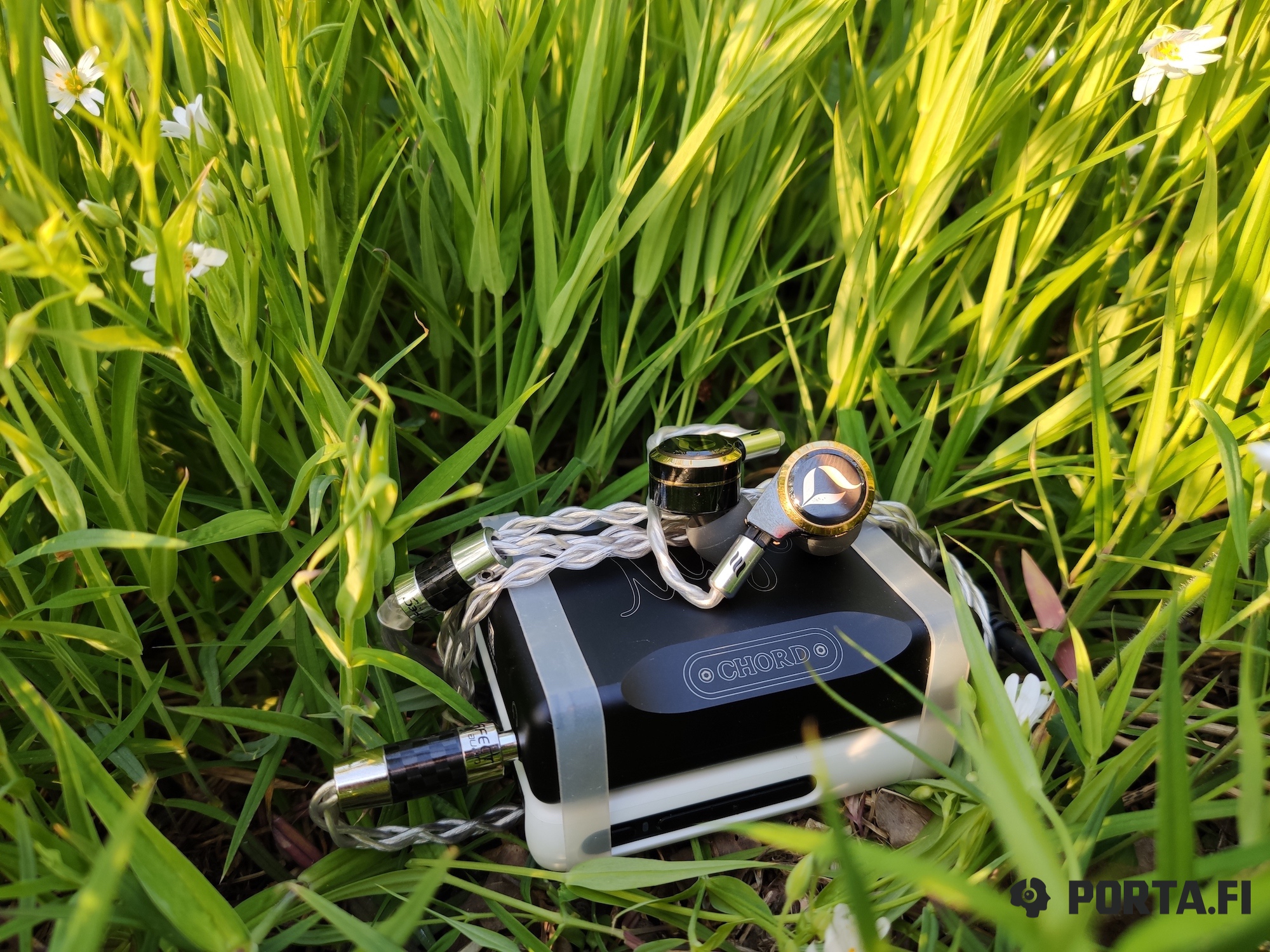 Stock cable is something you can’t omit. It has had a serious progress. Previous version by Van den Hul has been good in terms of sound but slightly lacked ergonomics, being too stiff. Dita Brass for example has had stock copper cable from the same company but it has been softer. The name of the new cable is Dita OSLO and no, it has no relation to the city with the same name. The cable has been presented before the new top IEMs and has made it into the accessory range of Project 71. It has been updated for XLS. OSLO has been good but it has been exposed to oxygenation and got green, especially in the area of ear hooks. In XLS the isolation has been made different and it is dimmed and not fully transparent. Let’s speak about the cable in more details. OSLO stands for Oil Soaked Long-crystal Oxygen-free cable. So the cable is not only copper but has also oil that is used as electrolyte because it contains gold and silver ions. And if it’s strange for us, it’s totally normal for Korean and Japanese markets where you can even find special fluids used for better contact on connectors. I haven’t tried them but the idea is interesting. The oil fills micro-scratches and uneven shape of metal and the contact becomes better. Ergonomically the cable is not thick, 20 AWG, very soft, still has some transparence and you can see the copper wire inside. Traditions have been kept intact and you can again find usual round-shaped split and detachable connector jacks that can be easily dismounted and changed in mere seconds. The brand label is in 10 cm from connector and now without window. It has got barely visible ‘Made in Japan’ inscription and styled XLS letters. This label can cause scratches on your player if you use it without case, so be careful. If you don’t like stock cable you can look for alternatives. I liked the result with Whiplash Audio TwAu Reference and Effect Audio Thor Silver. I’ve also heard that silver cables from DHC and Norne Audio are good with it but haven’t tried them. No surprise here since many companies consider transportation of such things dangerous and as a result OSLO is sold both with and without oil can.

And the most interesting thing — the sound.

Dream XLS have open, transparent, very detailed and technical and at the same time whole and musical sound with good emotions and soundstage. If former Dream have been a good example of transparency, speed, technicality and naturalness, the new version tends to be even more natural and liveliness by slightly sacrificing of speed and technicality. In this new tops are slightly similar to Dita Brass. 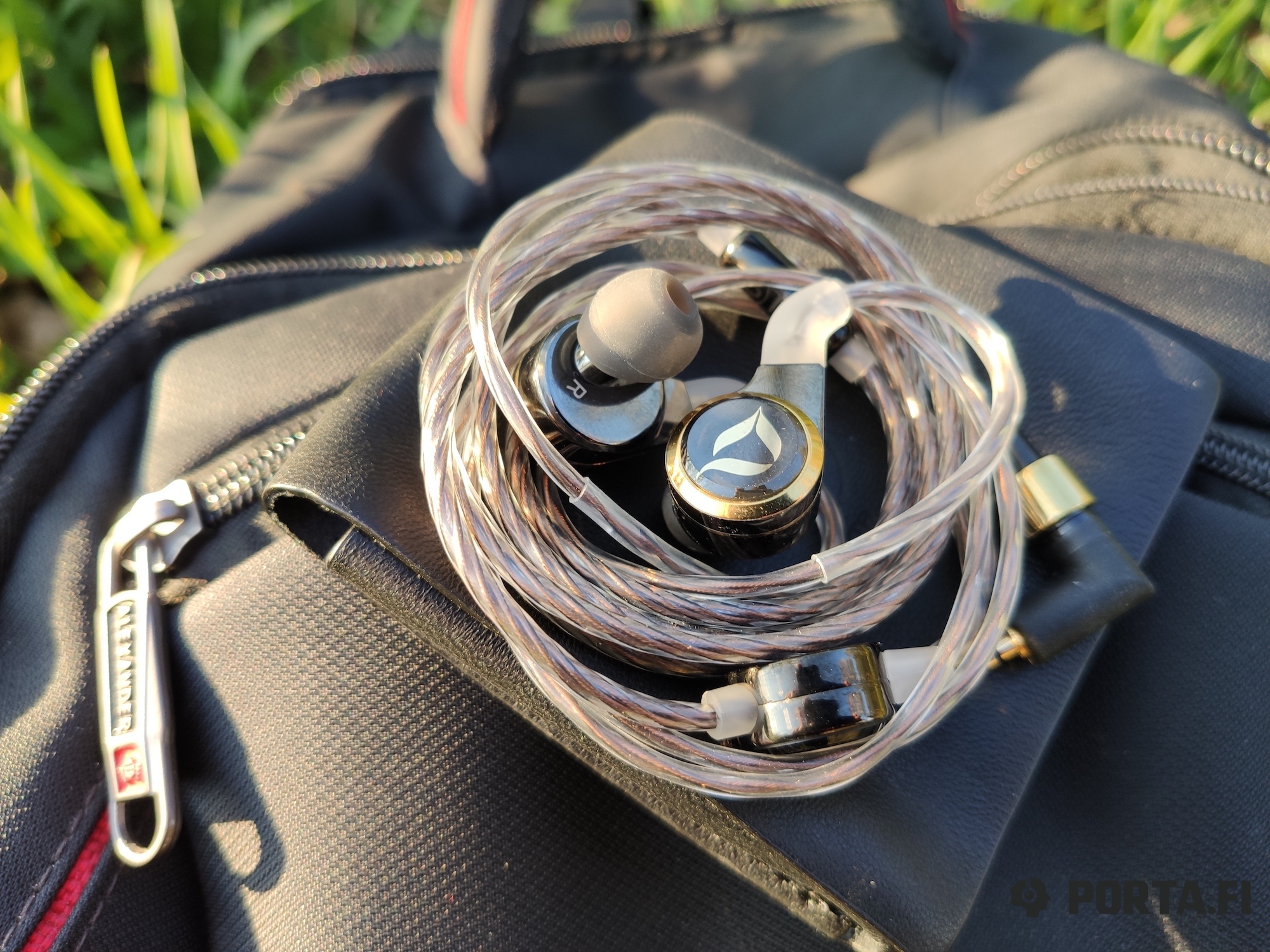 Lows have good length and control. IEMs cannot be called thick sounding but bass is full and massive, as it’s required to be. Great dynamic range allows to transmit all nuances so the bass is close to be fully informative. On the negative side it sometimes lacks sharpness and shape and on the one hand it brings naturalness, but on the other it sounds a little bit relaxed despite of control level of the source. You won’t notice it most of times but lightning industrial or grindcore slams can uveil this. Of course the variations of slams are good and allow to fully uncover percussion potential, sounding involving and realistic.

Mids sound open and transparent. They lack coloration but stand out of sound canvas. This makes vocals sometimes forced and lively when the is total depression. However this is what you can easily discard and what shouldn’t bother you at all, since in all the rest the mids are almost flawless. As in lows there is no movement towards coldness or warmness, there is neutrality and good balance of details and musicality. As a result we get natural and emotional sound that is at the same time detailed quick and transparent. Although there is some fluidity of Astell & Kern type. However there is no coloration. All nuances of instruments and vocals are duly transmitted and keep needed timbre and peculiarities.

Highs are magnificent. They have everything — length, level of details, speed. Attacks are quick and speedy, they are literally just a little bit more thick than wanted but again you’ll barely note it if notice at all. The sound here is duly whole, distinctive and full. There is some hint of mildness that allows IEMs to treat bad recordings better, but you still need good control here. Decays are close to ideal, they are lengthy and neat to the extent the recording requires. This together with good dynamic range gives the recording needed naturalness and realism for both synthesized and live instruments. 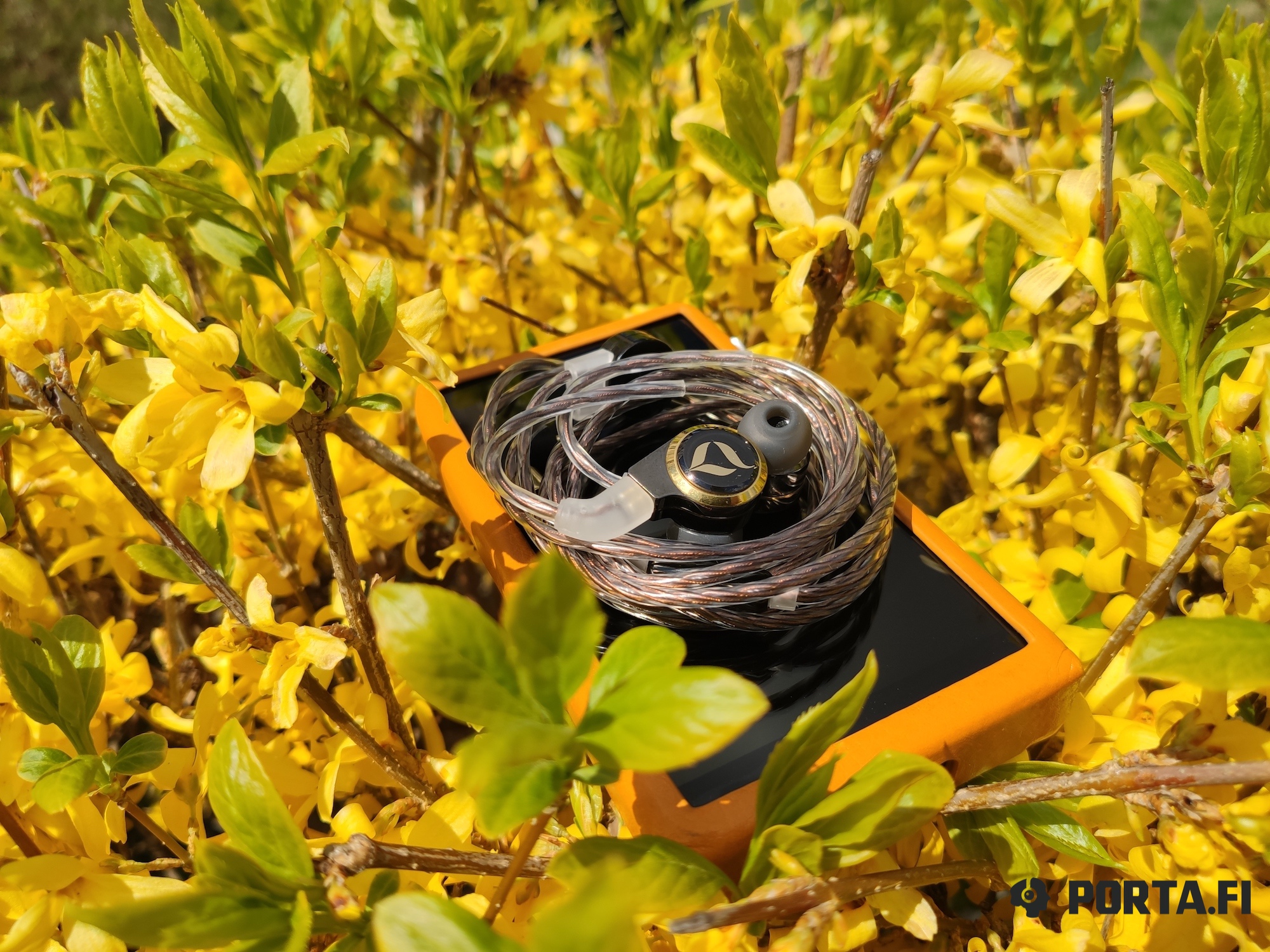 The soundstage is almost iconic. It is build with the respect to composition and changes from recording to recording not only in dimensions but also in instrument positioning. There is enough air and space between instruments but the soundstage is not empty. The shape and size of the instruments are correct as well as separation and interaction. Stadium recordings sound wide and monumental and in needed cases the sound stage can seem infinite coming to almost maximum in width for this form-factor. The same goes for depth. Due to soundstage combination with realism the sound is well shaped, be it jazz or space rock.

Criticalness to sound cannot be low in such IEMs. And despite of that XLS played really well with all my library. Everything depends on your own criticalness and your source. However, the better the recording is, the more pleasure you get. 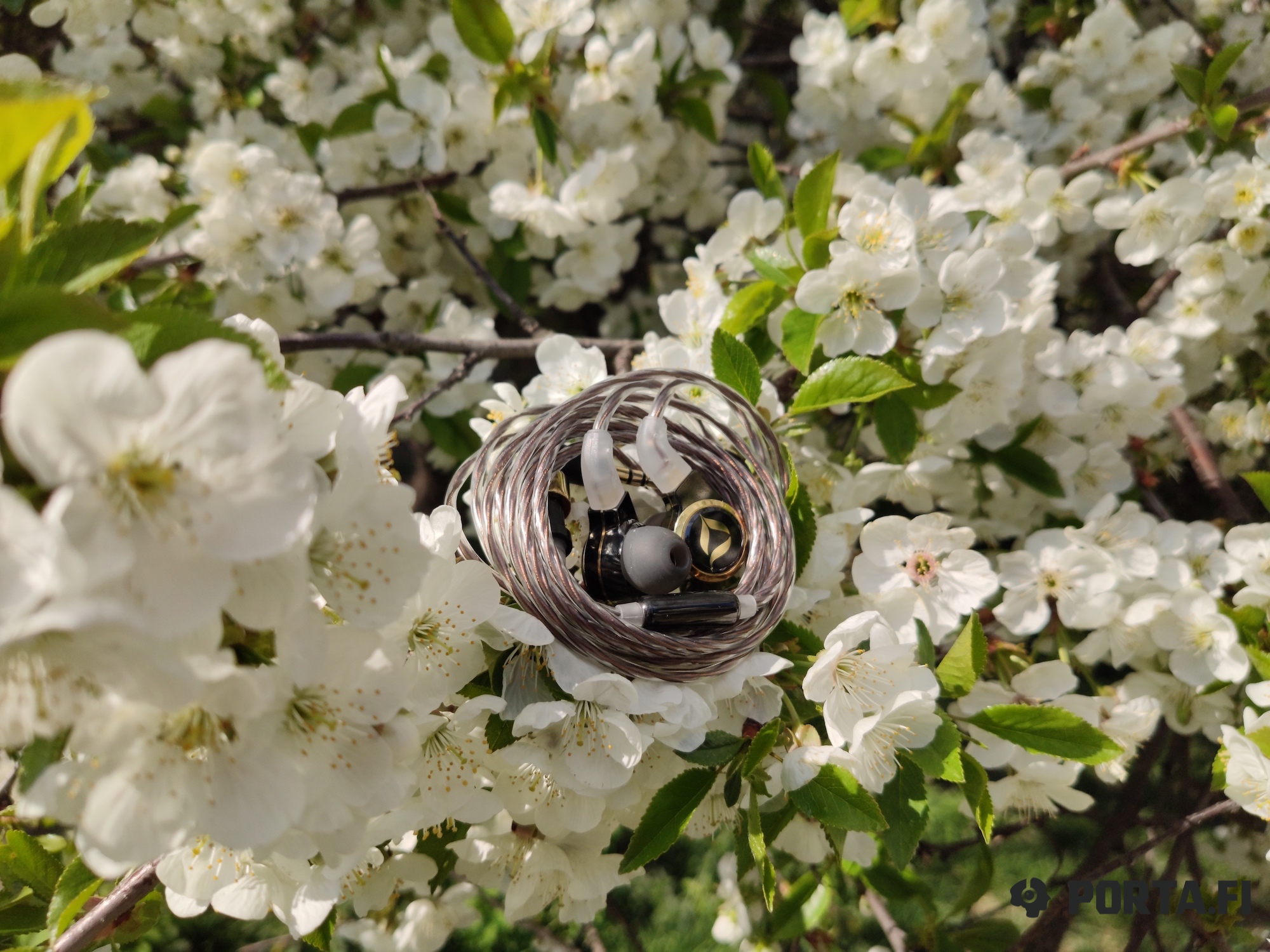 Of course we can’t finish without comparisons. There will be not many of them and I’ll speak about the most evident variants.

Dita Brass have similarities in presentation. Same slightly relaxed sound with naturalness in mind, without overly abundant micro details, with whole and musical sound. And if in terms of naturalness Brass is the same as XLS, they still lack the level of details and length on both sides of frequency range. The same goes for soundstage. XLS in fact is the attempt to get the best from both Brass and Dream.

Dream are perceived as more thick, linear and whole IEMs with same great level of details, with better shape and less compromises. They also don’t have this slight liquidity in mids and seem more bassy because of lower highs amount. It’s not striking but can be noticeable. And I think that the main difference between the models is in cable since when I have done cable rolling, on a good custom cable Dream have not been perceived as lacking in any way and it’s okay since the difference between them is not in quality but more in slightly different presentation. 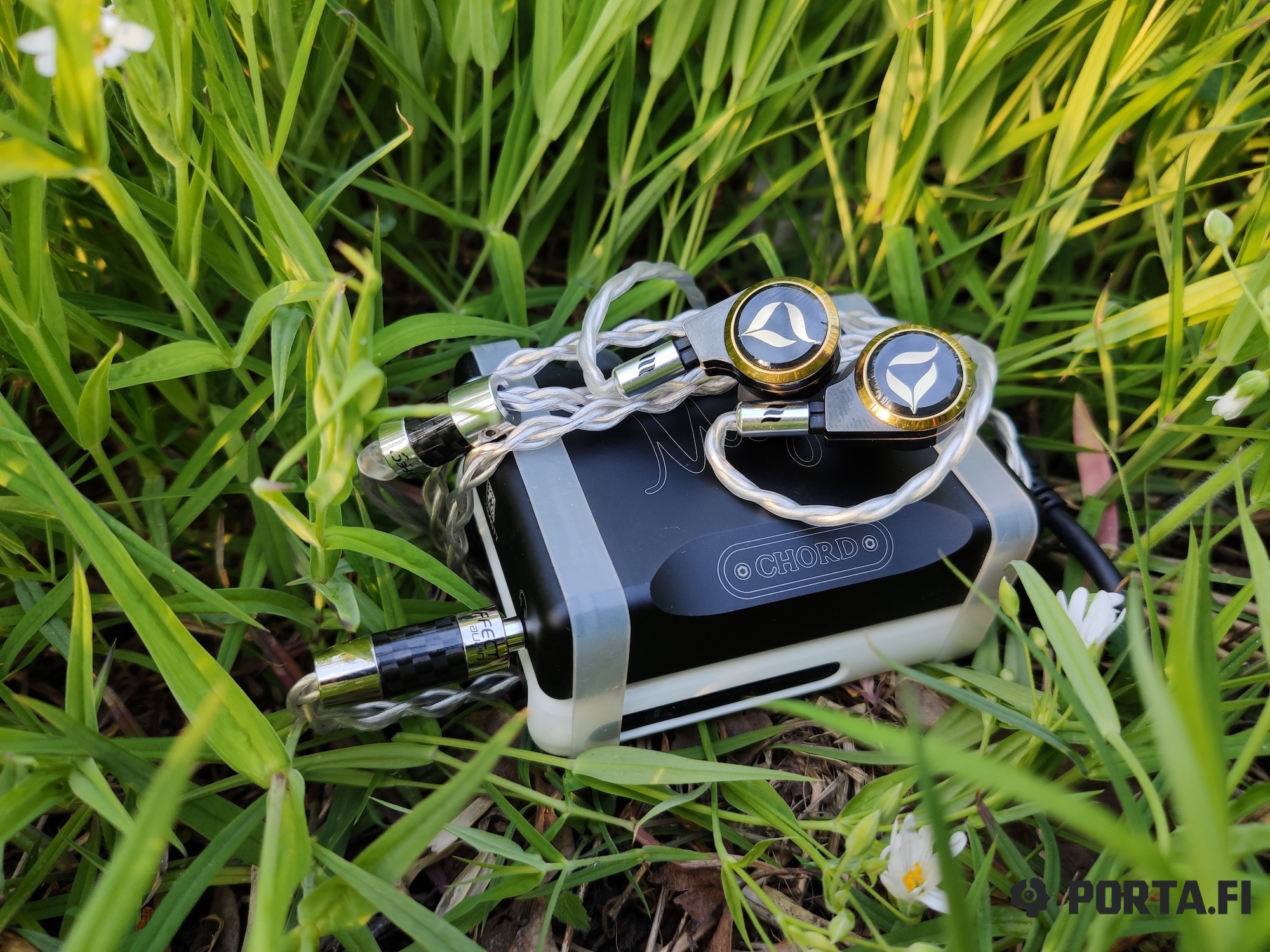 In terms of sensitivity to source the IEMs are not very hard to drive.

So this is the new Dita top. Very good, not ideal though. If you have a chance, test them. And don’t forget to use the great stock ear tips.

Campfire Audio Atlas review — This is the...

How to clean your earbuds — a detailed...

IMR Acoustics, video about every model (so far)